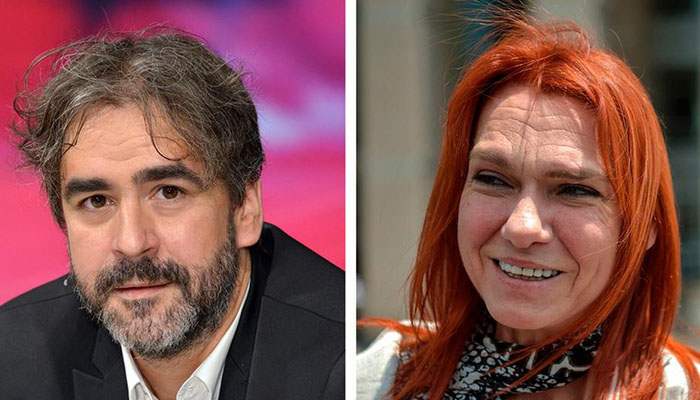 Turkish novelist Aslı Erdoğan, who was released last year after 132 days in prison due to links to the pro-Kurdish Özgür Gündem daily, and Turkish-German journalist Deniz Yücel, in pretrial detention in Turkey over alleged links to the outlawed Kurdistan Workers’ Party (PKK) since February, were awarded the Leipzig Media Prize on Friday.

According to Deutsche Welle (DW), Erdoğan and Yücel were awarded the Prize for the Freedom and Future of Media, which is given to journalists and media figures who are “committed to the cause of protecting and expanding freedom of the press, and in doing so display a willingness to take risks, great personal commitment, persistence, courage and a firm belief in democracy.”

Yücel, a journalist for Germany’s Die Welt newspaper who was detained on Feb. 14 as part of an investigation for publishing stories on the leaked emails of President Recep Tayyip Erdoğan’s son-in-law and Energy Minister Berat Albayrak, was arrested by a court on Feb. 27 and sent to Silivri Prison in İstanbul on charges of spreading “terrorist propaganda” and “inciting hatred.”

Renowned writer Erdoğan and several other intellectuals, journalists and academics were named in an indictment for serving as editorial board advisers of a pro-Kurdish newspaper. She was released on Dec. 29, 2016 after 132 days in jail. The indictment portrayed Özgür Gündem as a publication of “the terrorist organization,” in reference to the PKK.

After receiving her passport back from the Turkish authorities, Erdoğan accepted the Erich Maria Remarque peace prize in Germany on Sept. 23.

Yücel and Erdoğan follow Leipzig press freedom prize winners Turkish journalists Ahmet Altan (2009), Nedim Şener (2015), Can Dündar and Erdem Gül (2016), who were also imprisoned in Turkey. The choice of award winners is a statement of the solidarity by the Leipzig Media Foundation with all journalists in Turkey who are being suppressed due to their commitment to press freedom.