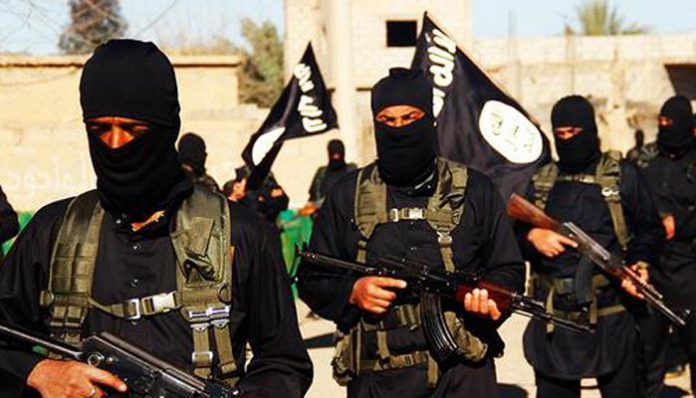 The case was exposed when police seized over six tons of detonating cords filled with pentaerythritol tetranitrate (PETN), a hıghly explosive material used for improvised explosive devices (IEDs) by jihadists, when they intercepted a long-haul truck in Şanlıurfa’s Akçakale district on Sept. 8, 2015. The unlicensed and unauthorized shipment was concealed behind bags of onions in the truck, which was accompanied by escort cars. An indictment was filed for nine suspects including the driver of the truck, Yalçın Kaya, who told the court that the organizers of the shipment assured him that the Turkish state sanctioned the shipment and that there was nothing to worry about when he embarked on the journey.

The key suspects in the case all have a background in the police and military, a usual scheme for MİT to conceal the traces back to the agency when things go sideways. The shipment of the highly regulated explosive detonators, which require advance notice to authorities by licensed dealers and registration with law enforcement at both the departure and arrival of the cargo, appears to be one of many destined not only for ISIL but other jihadist groups fighting in Syria.

The driver Kaya told the police during the interrogation and hearing in court that one of the company officials during the loading of the explosive materials on the truck in Afyonkarahisar introduced himself as an intelligence officer and told him the shipment was destined for ISIL as part of a job approved by the government. The indictment accepted by the court on Oct. 26, 2017 stated that the driver knew the shipment was organized by Ahmet İzzet Sarıtaş, another suspect in the case, and that it was going to ISIL.

The shipment originated from a depot located in a village called Taşlıburun in the western province of Afyonkarahisar, and the detonating cords acquired from two suppliers in Turkey were loaded on the truck at a roadside rendezvous point in the Dinar district of Afyonkarahisar on Sept. 7, 2015. The 6.4 tons of detonating cords (some 260,000 meters long) were loaded on a tractor-trailer with license plate number 32DG475. The driver testified that he asked for the authorization papers to transport the detonating cords and that suspect Bulent Erol told him he secured one from a gendarmerie station. The driver also added that they were able to pass through police checkpoints until Şanlıurfa with escort cars with no problems, further bolstering the view that the shipment was approved by the government.

He said he heard other suspects talking about making shipments in small batches in order to not attract attention in the border provinces. This recalls the famous truck interception in January 2014 that exposed heavy arms in truck cargo that was bound for jihadist groups in Syria. The Recep Tayyip Erdoğan government initially claimed the load was humanitarian aid, but when the video and photos from the investigation were leaked to the media, the government claimed it was destined for ethnic Turkmens in northern Syria. The government launched criminal prosecutions against the investigators, lawmakers and journalists for exposing state secrets.

The bill of lading showed the detonating cords belonged to a company called Trend Limited, whose owner, Mesut Doğanay, is a retired police officer who worked at the arms and explosive materials unit in the Denizli police department. Doğanay purchased the firm in 2014 and for a while listed his wife as the owner. The company was also providing explosive materials to mining companies in the region, especially quarries. When the gendarmerie investigated the depot in Taşlıburun village, it found there was a shortage of 20 tons of explosive goods when compared to company records for incoming and outgoing shipments.

The laws regulating the explosives market in Turkey strictly requires that all purchases and sales by licensed companies be registered and that shipments be authorized and the relevant authorities informed. Given that 5.5 tons were seized in Akçakale, 13.6 tons of explosive materials remain unaccounted for. The Dazkırı Public Prosecutor’s Office, whose jurisdiction covers the area where the depot is located, launched a probe in October 2015 for the missing batch of detonating cords. Police detained 12 people who worked at depots in Eskişehir and Afyonkarahisar and released nine of them shortly afterwards. The owner Doğanay was later arrested and is currently imprisoned in Antalya.

In his testimony to the Denizli 3rd High Criminal Court in a separate hearing on July 17, 2017, Doğanay revealed that hours before the shipment was loaded on the truck, two people who identified themselves as MİT agents and showed their IDs came to his office and told him that the purchase was being done on behalf of the government and that it was intended to support Turkmens in Syria. The Turkish government does not hide the fact it has been arming and funding ethnic Turks in Syria.

The other suspects are Nuri Gökhan Bozkır, a major in special operations, and Mehmet Oktar, a major in the infantry. They also have a military background, which suggests links to the Turkish intelligence agency given the modus operandi of MİT. Bozkır had been discharged from the military for his involvement with mafia gangs and a clandestine network called Ergenekon that was embedded in the Turkish security services. He was convicted in a court of first instance and sentenced to six years in 2007, but the ruling was overturned by a military appeals court. Bozkir’s links to MİT were also revealed during that investigation, suggesting that he had been a long-time asset developed by the Turkish intelligence agency. Bozkir is reportedly a partner in an arms trading company DNS Defence based in Bishkek, Kyrgyzstan.

Brothers Doğan Güneş and Gökhan Güneş, who were driving the escort car that accompanied the truck during the transport, testified that they were brought in to join the operation by a man identified as Ahmet Yasin Güneş, a lieutenant in the Turkish Armed Forces. In a petition filed with the Şanlıurfa 2nd High Criminal Court, Doğan revealed that 1st Lt. Ahmet Yasin actually worked for MİT although his position was listed as being with the military. He said he became acquainted with the lieutenant in Ankara in 2014 and as the friendship developed, the lieutenant let him in on his secret that he actually worked for state intelligence agency MIT.

Doğan also recalled how he witnessed that the Turkish intelligence agency was moving Stinger missiles from a safe house in the Turkish capital of Ankara. He wrote that Lt. Yasin took him to a luxury villa next to the headquarters of police special operations in Ankara’s Gölbasi district. He said he met three men while he was there, identifying only two by name, Maj. Nuri Gökhan Bozkır and Cem Şahin, who worked at military special ops. While he was there, a car with four people arrived and they brought down two Stingers that were stored in the attic of the villa. Among the four, he identified Murat Çelik, who worked at the Ankara Police Department, and Fehmi (no last name), who was assigned to a police intelligence unit.

Ahmet Yasin Güneş, a suspect in this ISIL case, also turned up in several high-profile criminal cases as a secret government witness code named “Alparslan,” whose false testimony created a pretext for the Erdoğan government to remove top generals who exposed the Turkish government’s illegal shipments to jihadists. It is clear that he was tasked by intelligence to enlist as a witness to hush up ISIL investigations in the judiciary when he himself was a suspect in another case.

There were published reports suggesting that Afyonkarahisar Governor Hakan Yusuf Güner closely followed the case and even helped tamper with original records to prevent the government being blamed. This makes sense given the fact that the government brought criminal charges against a reporter who published the story about MİT’s involvement with the shipment according to the account provided by suspect Doğan Güneş in court.

In October 2016 prosecutor Murat İnam in İstanbul filed a case against Cumhuriyet reporter Canan Coşkun over her story on MİT links to the detonating cords and charged her with insulting the Turkish nation, the state and its organs under Article 301 of the Turkish Penal Code. The offense, very much abused to silence critical voices in Turkey, required authorization by the government to proceed, which was given by the Justice Ministry on Sept. 28, 2016. The Istanbul court sentenced her to 10 months in prison on defamation charges but decided to postpone the announcement of the ruling, effectively keeping her from serving jail time.

While trying to intimidate critical journalists from writing about the story with threats and the abuse of criminal prosecution, the Turkish intelligence agency also scrambled to manipulate the case with false attributions. Apparently embarrassed by the botched shipment, MİT planted a story in the pro-Erdogan Islamist Akit daily on Sept. 10, 2015, a day after the shipment was seized in the border province. The fake story claimed that the seized detonating cables were destined for the Democratic Union Party (PYD), a Syrian offshoot of the outlawed Kurdistan Workers’ Party (PKK). MİT later tried to associate the case with the Gülen movement by attempting to link the case to a separate trial in Denizli province that is seen as political witch-hunt by Erdoğan against followers of his main critic, Fethullah Gülen, who lives in the US. The agency even tried to spin a conspiracy theory that the interception was a deliberate attempt to embarrass the ruling Justice and Development Party (AKP) government.

Despite efforts to find scapegoats and manipulate facts, just by looking at the profiles of the suspects in this case, the modus operandi and apparent attempts by the government to hush up the case, one can reasonably conclude that the shipments of detonating cords to ISIL and other jihadist groups were a secret operation run by the Turkish intelligence agency. It was certainly not an isolated incident but part of a long-running scheme by the spy agency. The botched shipment transfer in Şanlıurfa, perhaps an operation that went wrong and led to the seizure, represents only the tip of the iceberg of how the Erdoğan government empowered jihadist rebels in Syria. No wonder the similar batches of detonating cords that were seized from ISIL in Syria were traced back to Turkish firms run and operated by suspects linked to MIT.

In the meantime, after two hearings in the case in December 2015 and February 2016, the trial of the suspects in the shipment of detonating cords has quietly faded from the agenda. Nevertheless, this revelation added to a growing body of evidence that shows how the Erdoğan regime and its secretive intelligence service have been empowering jihadists in Turkey’s neighborhood and using them as proxies to advance the political goals of Erdoğan’s belligerent Islamist government