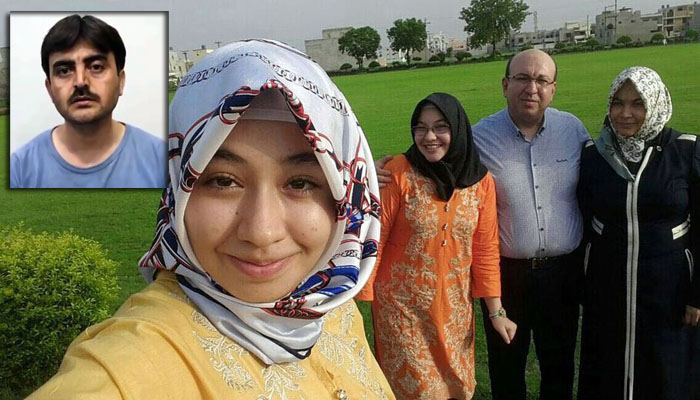 Fatih Avcı, who was released after being abducted on Wednesday along with school principal Mesut Kaçmaz, his wife and two daughters in Lahore by unidentified people, said he is concerned about their safety as there is no clear information as to who abducted them.

In a video message on Thursday, Avcı said there has been no news from the Kaçmaz family despite the fact that they informed Pakistani police about the incident.

“They were abducted by unidentified people, we don’t know whether they were state officials, police, intelligence officers or mafia. We are really concerned for their lives.” he said.

Avcı said he woke up to a huge noise coming from his ground floor neighbor’s flat in the early hours of Wednesday morning.

“When I went downstairs, I saw 10 to 15 unidentified people in civilian clothes, five to six of them women, trying to take my neighbor Mesut Kaçmaz and his family, with two daughters, outside their flat by force. I intervened in order to stop them. And subsequently we were taken out of the building. There were unidentified armed people in plain clothes waiting near a vehicle outside. We were put in the vehicle by force, blindfolded, a sack put over our heads and handcuffed,” he explained in the video.

Underlining that the people who abducted them punched Kaçmaz in the face when he resisted, Avcı said Kaçmaz’s wife and children were in a bad way and crying out of fear.

Kaçmaz was a principal at a private school in Lahore that was linked to the Gülen movement, which Turkey blames for a failed coup last year.

Ankara had asked Pakistan in August to close down institutions run by Fethullah Gülen, a US-based Turkish Islamic scholar accused of masterminding the botched coup attempt last July. Gülen, whose views inspired the Gülen movement, which runs a network of schools, charity organizations and foundations around the world, strongly denies any involvement in the coup attempt.