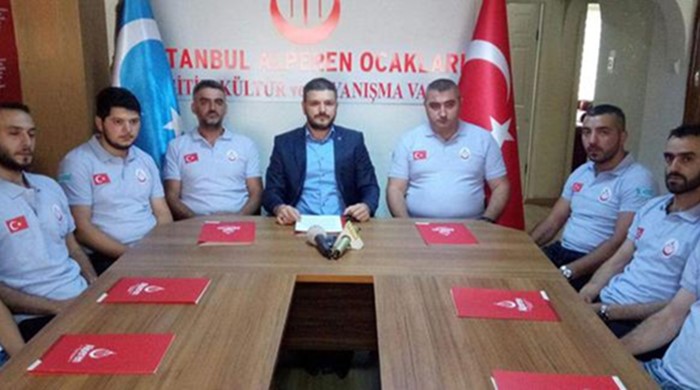 Kürşat Mican, the İstanbul provincial chairman of the Alperen Hearths, an offshoot of the Turkish nationalist movement called the Grey Wolves (Ülkü Ocakları), has said they are heading for Kirkuk in October to support Turkmens living there, CNN Türk reported on Thursday.

Mican’s remarks were made during a press conference in İstanbul.

“We will not leave our kin, our relatives, alone in Kirkuk. Together with our 200 volunteers, we will continue our fight with our brothers,” Mican said.

Arguing that an independence referendum held by the Kurdistan Regional Government (KRG) on Sept. 25 contravened the Iraqi constitution and international agreements, Mican blamed the UN and other international organizations for not taking a strong stance with regards to the referendum.

“This is a great threat for our country and for Turkmens. …  Our kinsmen and relatives there are facing genocide and massacre. Our Turkmen brothers have no safety of life or property,” added Mican.

Despite warnings from the Baghdad administration and abroad, including from Ankara and Washington, the KRG held a referendum for a separate Kurdistan state in northern Iraq.

Turkish Foreign Minister Mevlüt Çavuşoğlu said on Monday that Turkey would conduct a military operation in northern Iraq if the Turkmen population living there were to be targeted.