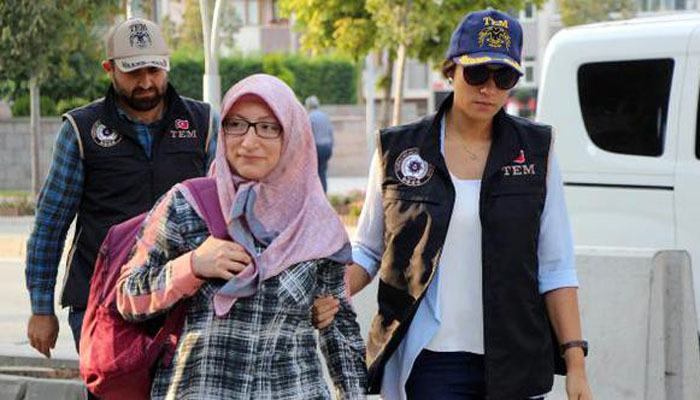 S.Ç., a physician who was fired from her job by government decree last year, was arrested by a court in Bolu province on Thursday for using the ByLock smart phone application, which Turkish authorities believe is a communication tool among followers of the faith-based Gülen movement, accused by the government of masterminding a failed coup in Turkey last year.

According to the Bolu Gündem newspaper, S.Ç. was detained by police early on Thursday in a raid on her house. She was brought before a Bolu court the same day, arrested and put in pretrial detention in Bolu F Type Prison.

According to the decision, ByLock will be considered evidence in and of itself for prosecution on charges of membership in the Gülen movement.

The military coup attempt on July 15, 2016 killed 249 people and wounded more than a thousand others. Immediately after the putsch, the Justice and Development Party (AKP) government along with President Recep Tayyip Erdoğan pinned the blame on the Gülen movement and initiated a widespread purge aimed at cleansing sympathizers of the movement from within state institutions, dehumanizing its popular figures and putting them in custody. The movement denies any involvement.