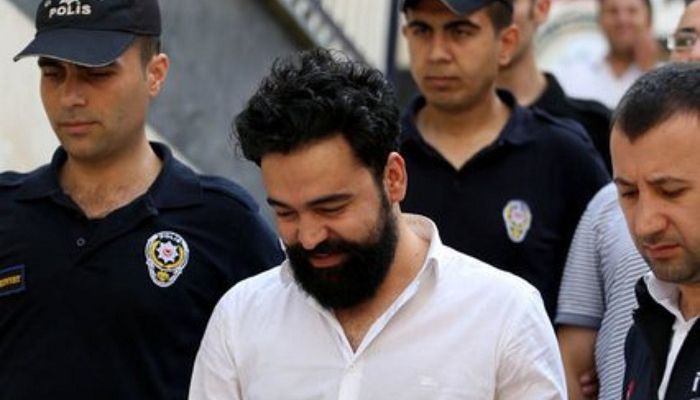 Emre Soncan, a journalist who has been imprisoned for 425 days, recently complained about discrimination by the Turkish Journalists Association (TGC) and the main opposition Republican People’s Party (CHP) among jailed journalists in Turkey.

Soncan, a former correspondent for the Zaman daily, which was closed down by government decree under a state of emergency declared in the aftermath of a coup attempt in Turkey on July 15, 2016, sent a message from prison and drew attention to discriminatory political behavior during solidarity visits to jailed journalists.

Soncan said TGC and the CHP delegations visit only some jailed journalists while completely ignoring others. Underlining that journalists are discriminated against according to their worldview or the institutions they used to work for, Soncan asserted that this attitude cannot be reconciled with democracy and freedom of the press.

The discrimination Soncan was referring to mainly targets journalists who used to work for now-closed media outlets that were affiliated with the Gülen movement. Neither the main opposition party nor journalist organizations visit journalists who worked for the Zaman, Bugün and Meydan dailies, the Cihan news agency, the Samanyolu media group and Aksiyon magazine.

Soncan’s friend and colleague Ahmet Dönmez, who worked for Zaman for over 10 years, shared Soncan’s message on his Twitter account on Tuesday, saying:

“CHP deputies and the Turkish Journalists Association often come to Silivri Prison to visit our colleagues. But they only meet with certain journalists and ignore others based on their political views. The opposition parties do not perform their monitoring and supervision duties equitably, and the association does not fulfill the tasks of solidarity and protection fairly. Is this your understanding of democracy? Is this your understanding of press freedom? I am embarrassed by this primitive discrimination on behalf of democracy, for which I have paid a price and also my job, for which I was jailed.”

Some of the visits paid by CHP and TGC delegations to the journalists in prison are as follows:

Veli Ağbaba, the CHP Prison Inspection Commission’s vice-chairperson, and Özgur Özel, CHP parliamentary group deputy chairman, visited detained journalists in Silivri and Bakırköy prisons on Aug. 10 and Aug. 11, 2017, respectively. They only visited Murat Sabuncu, Akın Atalay, Kadri Gürsel, Ahmet Şık and Ahmet Kemal Aydoğdu from Cumhuriyet; Gökmen Ulu and Mediha Olgun from Sözcü; and Deniz Yücel, the representative of Die Welt Turkey. However, this delegation did not visit any of the journalists who used to work for media outlets affiliated with the Gülen movement.

Turkey is the biggest jailer of journalists in the world. The most recent figures documented by the Stockholm Center for Freedom (SCF) has showed that 281 journalists and media workers were in jail as of Sept. 26, 2017, most in pre-trial detention languishing in Turkish prisons without even a conviction. Of those in Turkish prisons, 256 were arrested pending trial, while only 25 journalists have been convicted and are serving time in Turkish prisons. Detention warrants are outstanding for 135 journalists who live in exile or remain at large in Turkey.

Detaining tens of thousands of people over alleged links to the Gülen movement, the government also closed down more than 180 media outlets after the coup attempt on July 15, 2016. Turkey’s Contemporary Journalists’ Association (ÇGD) recently announced that more than 900 press cards were cancelled. (Stockholm Center for Freedom)