[OPINION] Turkey’s non-compliance with ECHR will only get worse 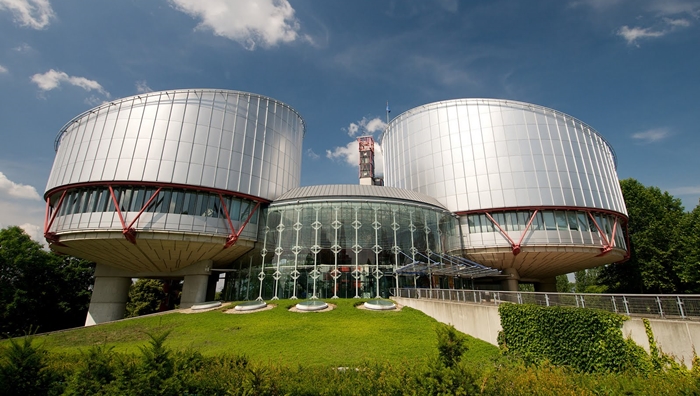 by Abdullah Bozkurt
Most Turks are pinning their hopes on the European Court of Human Rights (ECtHR) to secure a remedy for the massive injustices they have suffered under the authoritarian regime of President Recep Tayyip Erdoğan, who destroyed the rule of law and decimated the independent judiciary. Yet that seems to be a misplaced hope given the fact that Erdoğan has no interest in executing the critical judgments of the Strasbourg court even if the ECtHR is willing to take up these hundreds of thousands of new cases, which it apparently does not for the time being.

The Committee of Ministers, the Council of Europe (CoE) executive body which is responsible for ensuring that court judgments are executed, has highlighted several cases in which Turkey deliberately keeps failing to comply. Turkey’s non-enforcement of court decisions was brought up again on the CoE’s agenda during the last meeting of the Ministers’ Deputies on Sept. 19, 2017 under the chairmanship of Ambassador Arnold de Fine Skibsted, the permanent representative of Denmark to the CoE. Five cases were cited, and Turkey was urged to enforce them in the meeting attended by Turkey’s Ambassador Erdoğan Şerif İşcan.

Three cases stand out as relevant to the major assault on the right to freedom of expression and freedom of the press in Turkey. For the non-enforcement of the ECtHR judgment in the 2007 case of Altuğ Taner Akçam v. Turkey, the CoE made clear with respect to prosecutions under Article 301, which criminalizes insult to Turkey, the Turkish nation or Turkish government institutions, Turkey must comply with the European Convention on Human Rights (ECHR) “quality of law” and “foreseeability” requirements. It strongly encouraged Turkey to implement an amended Article 301 “with a view to ensuring that a climate of self-censorship is not created affecting journalists and others who wish to express opinions that do not incite hatred or violence.” It also urged that no investigations or prosecutions be initiated against individuals for having expressed ideas or opinions unless such investigations or prosecutions are necessary in accordance with Article 10 of the ECHR, which protects freedom of expression.

The CoE is right in honing in on the abusive Article 301 under which Turkish citizens from journalists to lawmakers have been regularly prosecuted. Nobody knows the exact figure of these prosecutions as the government has not been forthcoming with the figures, but they are estimated to be in the thousands of cases given that over 150,000 people have faced legal action in the last year alone, resulting in the imprisonment of more than 50,000. The recent ones, as reported by Turkish media, include the prosecution of jailed pro-Kurdish Peoples’ Democratic Party (HDP) Co-chairman Selahattin Demirtas for insulting the Turkish president and main opposition lawmaker Republican People’s Party (CHP) deputy Sezgin Tanrıkulu, who claimed Kurdish civilians were being killed in attacks by armed drones.

Another CHP deputy, Eren Erdem, who said the Islamic State in Iraq and the Levant (ISIL) procured chemical weapon materials from Turkey and assembled them in camps in Syria based on evidence in a hushed-up Turkish legal case, faced prosecution under Article 301 as well. The most bizarre case was that of a Turkish doctor named Bilgin Ciftci, who was charged with insulting Erdoğan when he compared the Turkish president to “Lord of The Rings” character Smeagol, the good, joyful, sweet character aspect of Gollum’s personality, according to filmmakers Fran Walsh and Philippa Boyens. Perhaps the most recent one that triggered calls for the prosecution of a journalist under Article 301 was recorded earlier this month when Melis Alphan quoted research from the Federation of Women’s Associations of Turkey (TKDF) indicating that 40 percent of Turks were victims of incestuous behavior.

Another ECtHR judgment that Turkey failed to enforce is the 2013 Ahmet Yildirim v. Turkey case in which Turkey’s wholesale blocking of access to host website Google Sites was considered to be a violation of the ECHR. The CoE said that although the block was later lifted, the amendments made to Internet Law No. 5651 in February 2014 do not satisfy the foreseeability requirement of the ECHR, were not clear in terms of scope and substance in setting out the procedure for blocking access to host websites and as a result the legislative framework is still not in compliance with the court’s findings in the present case. It recalled that Twitter and YouTube were blocked after these amendments came into force, an indication that the measures did not produce the intended results as suggested by the court.

This practice of Turkey banning entire websites has not ended, however. It has gotten worse since then. Since April 2017, the world’s leading source of online information Wikipedia was banned because there were articles that explained links of the Turkish government to jihadists in Syria and cited Turkey as being on the list of countries that engaged in state-sponsored terrorism. Wikipedia has been completely inaccessible from Turkey since then. This adds to 127,000 websites that remain blocked in Turkey according to a New York Times article published on June 10, 2017. That does not even include almost 100,000 articles, news reports and social media accounts such as Twitter and Facebook blog posts that were blocked as well. Just recently, Twitter’s transparency report covering the period between Jan. 1- Jun. 30, 2017 showed that Turkey has become, once again, the leading country among countries that have censored and requested removal of content from Twitter the most. Turkey has made 554 of 2,526 total account information requests, and 1,995 of 8,359 total removal requests made by all other countries around the world.

The third case that shames the Turkish government for not complying with the Strasbourg rights court involves the group of cases of Kasa v. Turkey and Erdoğan and Others v. Turkey in which some 30 judgments on violation of the right to life, impunity for perpetrators of torture and ill-treatment, arbitrary use of lethal force and lack of effective investigation into incidents in the 1990s were rendered against Turkey. The CoE lamented that the progress in redressing the violations found in these groups of cases has so far been slow. It urged Turkey to ensure that effective investigations are conducted in compliance with ECHR standards so that all those responsible for the violations that occurred in these groups of cases are held accountable.

Well, an accounting for the cases lingering from the ’90s still lingers and remains to be settled, The Turkish government has certainly added tens of thousands of new cases in the last year alone that amount to similar violations. Many Kurdish villages, towns and cities were destroyed by government actions in Turkey’s south while torture and ill-treatment have become widespread practice across Turkey, which saw the jailing of over 50,000 people on a witch-hunt persecution that targeted the Gülen movement, a civic group that is critical of the government on corruption and other issues. The suspicious deaths and suicides under police custody or in prison has reached 90 since last year, and the cases of enforced disappearances rose to 13 according to the Stockholm Center for Freedom (SCF), an advocacy group that tracks rights violations in Turkey.

Overall, it is good that the CoE mechanism keeps the pressure on Turkey alive on failure to execute the ECtHR judgments. The CoE Secretariat and the staff members of the court and other CoE bodies certainly deserve credit for identifying the underlying problems in the rule of law and penal codes and their problematic implementation in Turkey. However, given the massive numbers of jailed people in Turkey which the prison system has already failed to accommodate and serious breaches of the rights and freedoms of Turkish people, the CoE staff should brace themselves for the coming storm. For now, the ECtHR has shifted the responsibility to a stillborn commission on unlawful mass dismissals of government employees and to a fully subordinated judiciary on abusive criminal cases. That is only a stopgap measure that has frustrated and drawn the ire of many in Turkey who look to the ECtHR for a remedy.

The only way to respond to this serious challenge from Turkey’s fast slide toward dictatorship is to bring the full weight of the pressure to bear on the Turkish leadership in order to secure the political will to resolve these cases. That will seems to have faded long ago when Erdoğan buried himself neck-deep in troubles from major corruption probes to illegal arms shipments to jihadists in Syria. Restoring the rule of law is not an option for Erdoğan because of the dim prospects of him surviving legal troubles in the future. Nonetheless, given the risk of undermining the CoE’s integrity and credibility, there is no other alternative other than pushing harder on the Erdoğan regime.