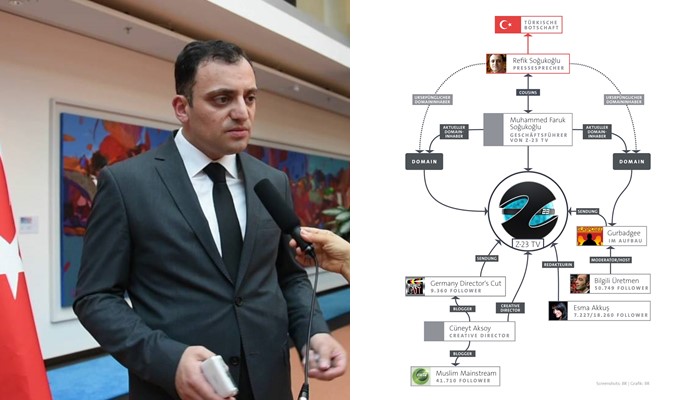 An Internet television channel called Z-23, which will promote Turkish President Recep Tayyip Erdoğan and the Justice and Development Party (AKP) in Germany, is to be established with help from the Turkish Embassy in Berlin, the artigerçek news website reported on Friday.

According to the report the embassy’s press counselor, Refik Soğukoğlu, is helping to establish the channel, which will target German politicians and support Erdoğan’s views.

A report on German news website CORRECTIV claimed that the Z-23 television channel was registered in the name of Refik Soğukoğlu on March 13, 2017. The report said there were five other websites registered in his name.

Bilgili Üretmen and Esra Akkuş, known on social media for their opposition to German politicians and pro-Erdoğan views, are expected to work for the channel.