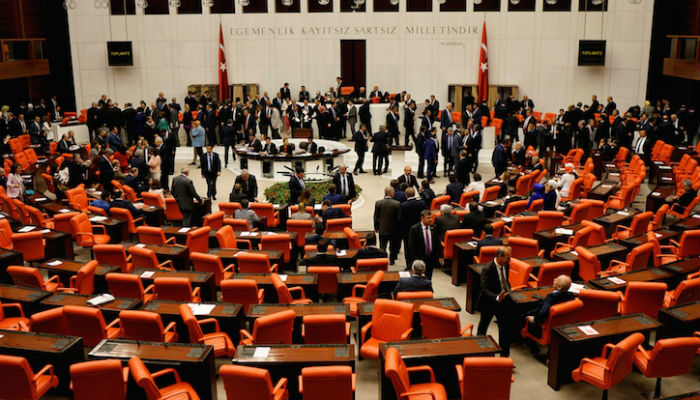 A motion to extend a mandate for another year to conduct cross-border operations after the holding of a referendum on independence on Sunday by the Kurdistan Regional Government (KRG) in northern Iraq has been proposed to the Turkish Parliament, the Doğan news agency reported on Friday.

Ruling Justice and Development Party (AKP) parliamentary group deputy chairman Mustafa Elitaş said an extension of the mandate allowing the government to conduct cross-border operations in Iraq and Syria would be discussed during an extraordinary session in the General Assembly on Saturday at 4 p.m.

The opposition Nationalist Movement Party (MHP) announced that it would support the AKP government for the extension of the motion.

Turkish Prime Minister Binali Yıldırım said the motion would give Turkey the right to conduct operations if its national security is threatened.

Yıldırım renewed his warning and asked the KRG to cancel the referendum, saying: “This referendum will not do any good to our Kurdish brothers. It will not be good for the region.”

Around 100 tanks and military vehicles, backed by rocket launchers and radar, deployed in open farmlands near the frontier, guns pointed south toward the Kurdish mountains.