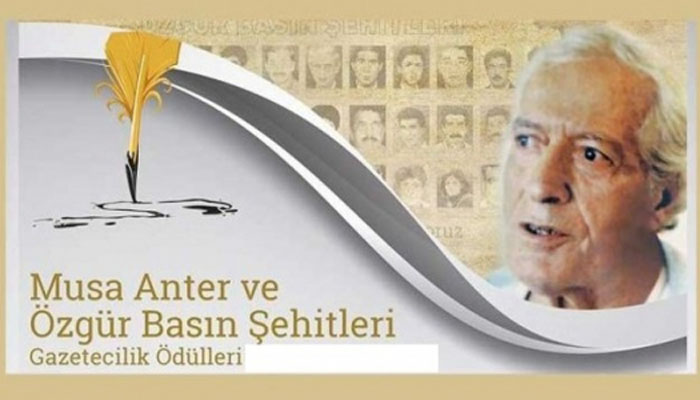 The Beyoğlu district governor’s office in İstanbul banned a journalism awards ceremony named after Kurdish dissident writer and activist Musa Anter and planned to be held at a hotel in İstanbul on Thursday evening due to an ongoing state of emergency in Turkey.

According to the Bianet website, the local governor’s office send a letter to the Taksim Hill Hotel, where the ceremony was scheduled to be held, saying the “Musa Anter and Free Media Martyrs” event organized by the Libertarian Democracy (Özgürlükçü Demokrasi) group was banned due to a decision by the governor’s office dated Sept. 21, 2017.

Musa Anter was murdered at the age of 72 in an assault on Sept. 20, 1992 in Turkey’s southeastern province of Diyarbakır. He was a columnist for the Özgür Gündem daily and the Yeni Ülke weekly.

Awards in the category of Turkish and Kurdish news reports were to be given to journalists who work in media outlets critical of the government or outlets that have been closed down by the government, including dihaber and Kurdish Sujin.