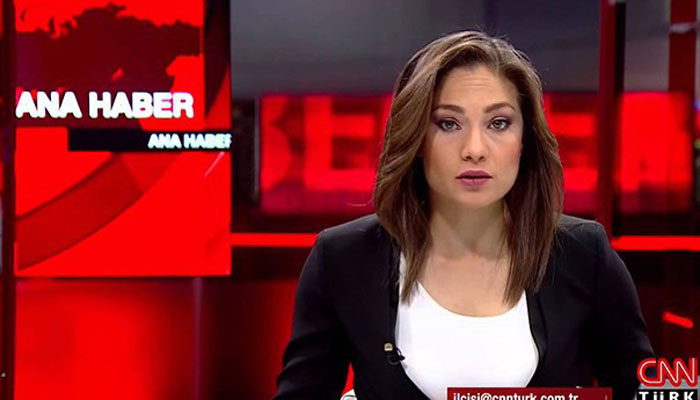 Journalist Nevşin Mengü, known for her critical stance towards the ruling Justice and Development Party (AKP) government and President Recep Tayyip Erdoğan, announced on Thursday that she was parting ways with CNN Türk, where she had once served as an evening news anchor.

Mengü tweeted: “We part ways with love 🙂 This happens sometimes. I hope the best.”

Dündar said on Twitter: “Valuable journalist Nevşin Mengü has resigned from CNN Türk, which suits her strong character. Thus, she added another honorable page to her career.”

On May 22 Mengü was taken off the air by CNN Türk management after remarks she made about Erdoğan’s meeting with US President Donald Trump in Washington.

Mengü was the target of criticism in the pro-government media after she said, “He [Erdoğan] went in and he went out, 23 minutes in total,” during an evening news program in May, referring to the short meeting between Erdoğan and Trump.

According to the Medyaradar news website, Mengü was relieved of her duties as evening news anchor but would continue to work at CNN Türk.

Following the incident, she tweeted, “I’ll be back 🙂 See you soon.”

On June 6, Mengü once again targeted Erdoğan in a tweet after he criticized women who “refrain” from being a mother, accusing them of “rejecting their femininity” during an event in İstanbul.

Reacting to Erdoğan’s statement on Twitter, Mengü said: “I just don’t want to be a mother. Do I have to? It is none of your business, it’s nobody’s business!”

The Doğan media group, which owns CNN Türk, fired TV presenter İrfan Değirmenci in February after he announced that he would vote “no” in an April 16 referendum that expanded Erdoğan’s powers and opened the way to a switch from a parliamentary system of governance in Turkey to an executive presidency.