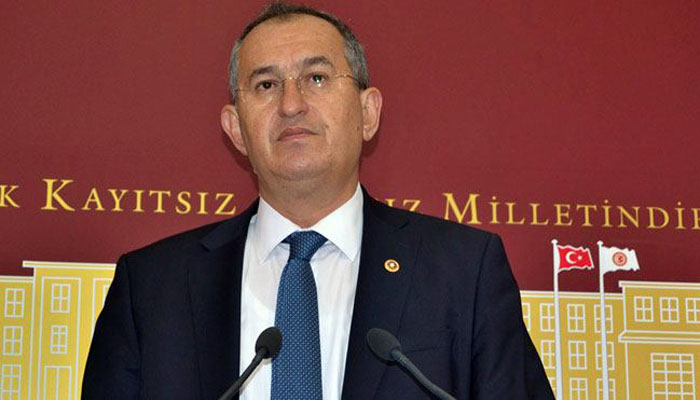 Due to a divergence between statements from the government and various organizations, Sertel asked a parliamentary question about the number of journalists in jail.

“Former Justice Minister Bekir Bozdağ said in February that the number of jailed journalists was 30, while President Recep Tayyip Erdoğan said in July that ‘there are only two journalists in jail’,” Sertel said.

Sertel said the response by Gül was confusing since he said there might be people who were not journalists but claimed to be journalists and that it would be wrong to give a number based on people’s own accounts.

“The justice minister emphasized that they could not determine who was a journalist and who was not. He does not have the courage to explain it. He is avoiding giving a number probably because he does not agree with the former minister or the president. This means the minister does not know the number. He would have said it if he knew.”

“Can we say that there are no journalists in jail in Turkey just because minister does not know them?” added Sertel.

The Committee to Protect Journalists (CPJ) on Wednesday denied Turkish President Recep Tayyip Erdoğan’s assertion about jailed journalists being terrorists and said 81 journalists were imprisoned due to journalistic activities.

In response to a question about journalists in jail in Turkey during an interview with the Bloomberg television channel, Erdoğan said: “Most of them are not journalists, they are terrorists. They are involved in bombing, theft. … Many of them are spies.”

The CPJ refuted Erdoğan’s remarks in a tweet and said: “CPJ examined 148 cases at the end of 2016 w/ court docs, lawyers, etc. We found direct link to journalism in 81 cases.”

The International Press Institute (IPI) earlier said that a total of 171 journalists are currently imprisoned in Turkey due to their journalistic activities.

Turkey has drifted into an oppressive regime particularly since a botched coup attempt on July 15, 2016 and has been undertaking a massive purge that targets dissidents, journalists, academics, judges, prosecutors, lawyers, teachers and doctors.