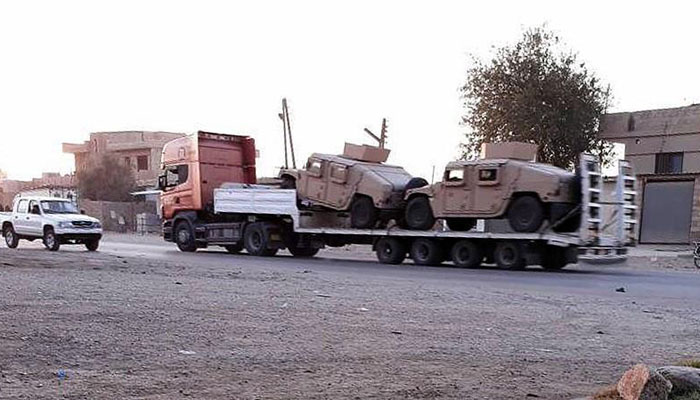 The US is continuing to arm Kurdish militia the People’s Protection Units (YPG) in the fight against the terrorist Islamic State in Iraq and the Levant (ISIL), Turkey’s state-run Anadolu agency said on Wednesday.

According to the Anadolu report, its correspondent based in the area reported seeing 200 truckloads of US military equipment – including armored vehicles – being sent to the Kurdish militia in northern Syria since Sept. 10.

Turkey views the YPG, an armed wing of the Democratic Union Party (PYD), as an offshoot of the outlawed Kurdistan Workers’ Party (PKK), designated a terrorist organization by Turkey, the US and the EU.

Anadolu said a total of 1,621 truckloads of military equipment have been sent since June 1, according to correspondents on the ground.