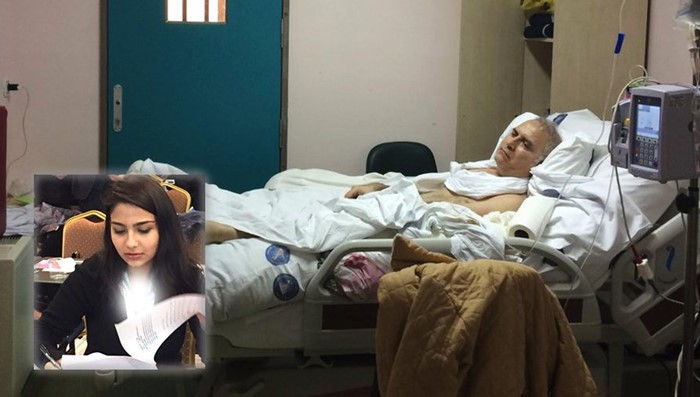 Buket Erdoğan, the daughter of recently deceased jurist Mustafa Erdoğan, said deputies as well as newspapers she tried to reach out to for help for her father ignored her calls.

A former Supreme Court of Appeals member, Mustafa Erdoğan was imprisoned over alleged links to the Gülen movement, which the government accuses of masterminding a July 15, 2016 coup attempt.

He died in critical care just after being released from a prison-like, guarded hospital room on Aug. 22. His family members earlier said medical reports showing the seriousness of his situation were ignored and the appeals for his release were rejected.

“My father was kept in that cell for nine months. Whenever doctors came to examine him, the guards had to unlock four doors,” his daughter said.

Paralyzed after cancer surgery on Dec. 30, 2016, Erdoğan lost consciousness on Aug. 12, but the court ruled for his release from the guarded cell to a regular hospital room only four days after that. “Then we lost my father on Aug. 22,” she added.

Asked if she sought help, Buket said: “I tried to reach out to newspapers and deputies. The deputies neither answered my calls nor responded to my emails. The newspapers glossed over it by telling me they would look into the story.”

Only one local newspaper wrote about it, Buket said, adding: “We wanted the national dailies to hear us out, but they didn’t want to.” (Turkey Purge)