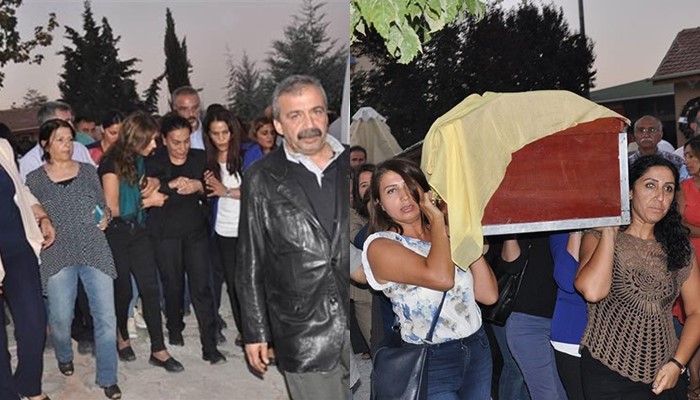 The Ankara Governor’s Office on Thursday said they had launched an investigation into a racist attack on the funeral of Hatun Tuğluk, mother of jailed Peoples’ Democratic Party (HDP) deputy Aysel Tuğluk.

The body of Hatun Tuğluk was removed from the grave on Wednesday after an attack by an ultranationalist group during the funeral in Ankara.

“Administrative and judicial investigations have been launched for interference in the funeral,” the Ankara Governor’s Office said in a statement issued early Thursday.

According to reports, the body of Hatun Tuğluk, who passed away on Tuesday, was taken to İncek Cemetery in Ankara’s Batıkent district on Wednesday. The HDP’s Aysel Tuğluk attended the funeral with special permission from Kandıra Prison in Kocaeli province, where she is incarcerated. Some 50 ultranationalists who had gathered in the cemetery attacked the funeral, saying: “We have martyrs in this cemetery. We will not allow terrorists to be buried here.”

Following the attack, the body of Hatun Tuğluk was removed from the grave and taken back to a morgue. She will now be buried in Tunceli province.

Kurdish politician Sırrı Sakık, who also attended the funeral, criticized the government for not taking adequate security measures while they were under attack in the cemetery. Sakık said the ultranationalist group insisted that they would not let “Kurds, Alevis or Armenians be buried in the cemetery.”

HDP deputy Mithat Sancar said he could not reach the governor of Ankara for 40 minutes after the attack started, underlining that no additional police forces were sent to the cemetery despite the growing number of assailants.

In a statement on Twitter the HDP said the government is responsible for the attack due to its polarizing attitudes in society.

The Ankara Governor’s Office said in its statement that security measures were taken by police against the ultranationalist group and that Interior Minister Süleyman Soylu personally went to the cemetery and spoke with HDP politicians.