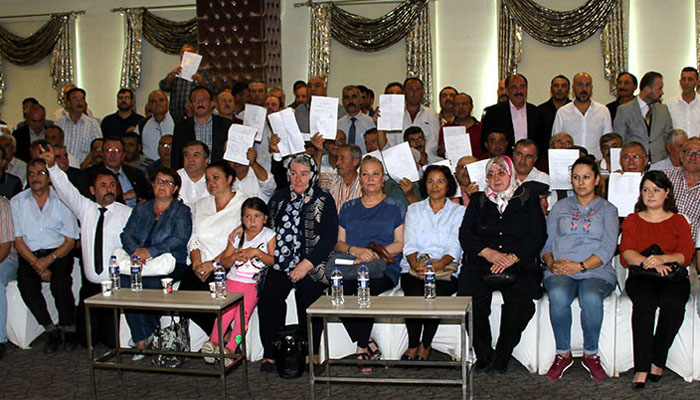 According to the Doğan news agency, the 300 MHP members include former ministers, deputies and mayors.

Speaking at a press conference in Afyonkarahisar on Wednesday on behalf of the 300 MHP members who have resigned, former MHP Afyonkarahisar Provincial Chairman Alper Yağcı said their demand for change in the party was arbitrarily rejected and so they decided to join Akşener in her efforts to form a new party.

After MHP leader Devlet Bahçeli aligned with the ruling Justice and Development Party (AKP) and President Recep Tayyip Erdoğan on several issues, including introducing a presidential system of governance in Turkey following the Nov. 1, 2015 elections, several MHP deputies and political figures either were expelled or resigned from the party due to differences in political views with the party administration.

Koray Aydın, who recently resigned from the MHP, announced during an interview with HaberTürk in late August that the new party to be founded by Akşener would most likely be named the “Center Democrat Party.”