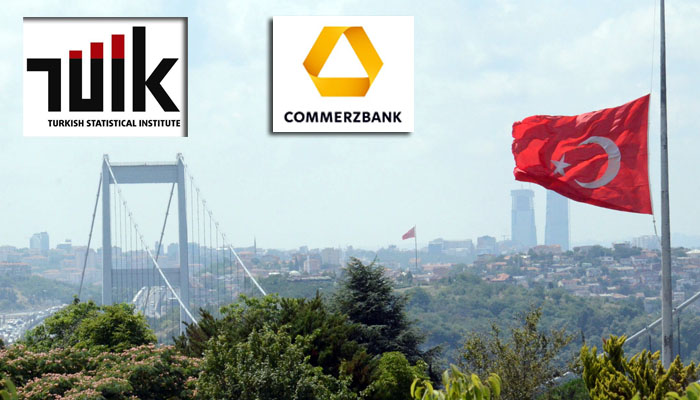 Germany’s second-largest bank, Commerzbank, has said Turkey’s official growth figures released by the Turkish Statistics Institute (TurkStat) are more than questionable and may have been politically influenced.

According to an FT report on Tuesday, a report titled “Turkey – Are you kidding me?” by Commerzbank’s emerging markets strategist Lutz Karpowitz, cast doubt on the growth figures released by Turkey earlier this week suggesting that the country has bounced back from last year’s political instability to become one of the fastest-growing economies in the world.

Official data released by TurkStat on Monday showed the Turkish economy expanded by 2.1 percent quarter on quarter in the three months to June. The figures followed similarly positive data showing economic confidence in the country is at a five-year high.

However, Karpowitz’s report suggested that political unrest in Turkey is “poison for investment decisions” and said “verifiable international data is pointing in a different direction.”

One area of concern for the bank, in which the German government holds a large stake, is in tourism. Turkey’s economy contracted sharply last year as a series of terror attacks and an attempted coup drove away tourists and foreign investors. However, official data show the tourist industry has bounced back this year, helped by a weaker lira and improved relations with Russia.

Commerzbank said it “would be very pleased for Turkey if the economic miracle really was happening” but said the official data “simply does not sit very comfortably with the current situation.”

A Turkish government official said it “is simply not possible” that TurkStat’s figures had been politically influenced. TurkStat could not be immediately reached for comment.