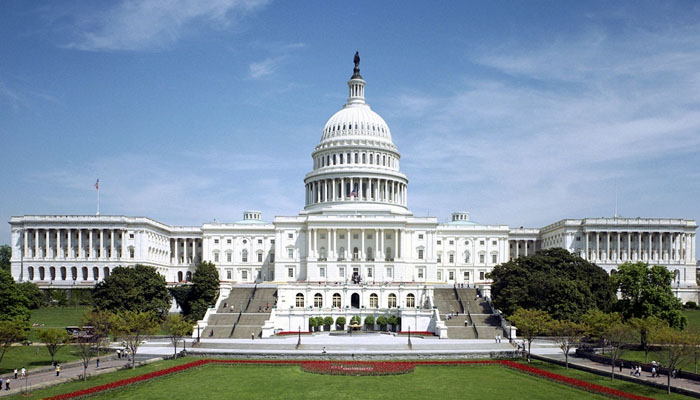 A subcommittee of the US Senate Committee on Appropriations has passed a spending bill for the State Department that includes a section giving the secretary of state the ability to restrict entry into the United States of senior officials of the Turkish government who the secretary believes is knowingly responsible for the wrongful or unlawful prolonged detention of US citizens.

Chaired by Republican Sen. Lindsey Graham of South Carolina and Ranking Member Sen. Patrick Leahy, a Democrat from the state of Vermont, the State, Foreign Operations, and Related Programs Subcommittee on Thursday passed the proposed appropriations bill for the US State Department into which a section titled “Restriction on Entry into the United States of Turkish Officials” had been inserted.

According to the wording, the secretary of state “shall deny entry into the United States to any senior official of the Government of Turkey about whom the Secretary has credible information is knowingly responsible for the wrongful or unlawful prolonged detention of citizens or nationals of the United States … without regard to whether the individual has applied for a visa.” The section goes on to say that Turkish government officials will not be subject to such a ban if their entry would “further important United States national security or law enforcement objectives” or if the secretary “determines that the waiver would serve a United States national interest or that the circumstances which caused the individual to be denied entry have changed sufficiently.”

The bill still must be approved by the appropriations committee as well as the full Senate, after which it goes to reconciliation with the House of Representatives to work out differences between the two bodies’ funding bills before the legislation is submitted to the president for approval and passage into law. There is no guarantee that the wording on Turkish officials will remain in the legislation.

A number of foreign nationals have been detained or arrested in Turkey over the past year, among them American pastor Andrew Brunson, who was jailed in Turkey in October and charged with alleged links to the faith-based Gülen movement, acquiring secret political and military information, attempting to destroy the constitutional order of Turkey and overthrowing the Turkish Parliament.

Denying all accusations against him, Brunson said he is a person defending Jesus, trying to establish churches in Turkey in accordance with the law. “I am not a member of an Islamic movement. I have never seen any member of FETÖ [a derogatory term invented by government to refer to the Gülen movement] in my life,” he said.

In May, CNN Türk reported that US President Donald Trump asked Turkish President Recep Tayyip Erdoğan to secure to release of Brunson during his visit to the White House.

According to CNN Türk, both Trump and US Vice President Mike Pence brought up the issue of Brunson’s release during a meeting between the Turkish and American delegations.

A statement released by the White House also said Trump asked for Brunson’s release three times and his immediate deportation to the US during the meeting with Erdoğan.

Brunson’s lawyer Jay Sekulow, who met with Trump before the Erdoğan meeting, announced that Trump promised to rescue his client from jail.

Brunson’s wife, Norine, was soon released, but the pastor remained in custody and soon saw his charges upgraded to terrorism. Prosecutors have suggested in court hearings that Brunson is being held on suspicion of being a follower of Fethullah Gülen, a Muslim cleric living in self-exile in Pennsylvania and whose views inspired the Gülen movement.

Turkey’s president, Erdoğan, has labeled Gülen a terrorist and believes he was behind a failed coup attempt in July, a charge strongly denied by Gülen.