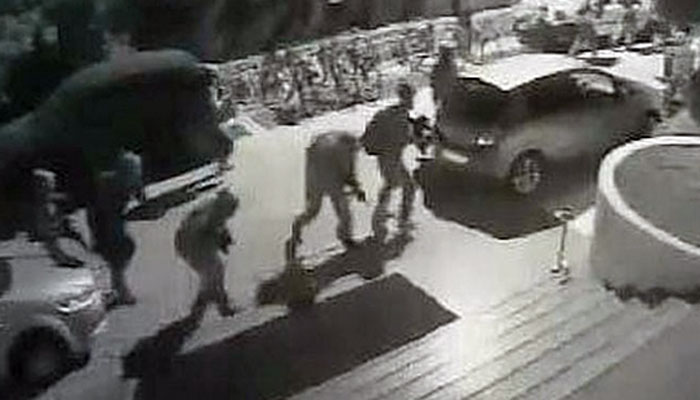 Emirşah Baştoğ, presiding judge of the Muğla 2nd High Criminal Court, where a trial of suspected putschist soldiers is being heard, said on Saturday that some of the police officers who were guarding President Recep Tayyip Erdoğan in a hotel in Muğla’s Marmaris district during the night of a failed coup last July are in pretrial detention over alleged ties to the Gülen movement, which is accused by the government of being behind the failed coup.

According to the T24 website, Baştoğ told a soldier under suspicion who allegedly clashed with Erdoğan’s guards in Marmaris on the night of the attempted coup that some of those police officers guarding the president are now in jail over their ties to the movement.

“It is obvious that a [military] helicopter fired on the public. We don’t know in what frame of mind the police officers acted. Besides, some of those police officers who clashed with you have been arrested on FETÖ charges. The waters are so cloudy,” he said during a hearing on Friday.

“FETÖ,” or the “Fetullahist Terrorist Organization,” is a derogatory term coined by President Erdoğan and the ruling Justice and Development Party (AKP) to refer to the faith-based Gülen movement, a global civil society movement inspired by the views of US-based Turkish Islamic scholar Fethullah Gülen, who is accused of masterminding the failed coup in July 2016.

The indictment against 47 people, 37 of whom are military officers, was completed in only four months, considered unusually rapid given the average preparation time for indictments in Turkey. President Erdoğan also filed a criminal complaint against the suspects for allegedly trying to kill him in Marmaris.

Immediately after the putsch the AKP government along with Erdoğan pinned the blame on Turkey’s Gülen movement.

US-based Turkish Islamic scholar Fethullah Gülen, whose views inspired the movement, repeatedly denied having any role in the failed coup, but Turkish authorities initiated a widespread purge aimed at cleansing sympathizers of the group from within state institutions, dehumanizing its popular figures and putting them in custody.