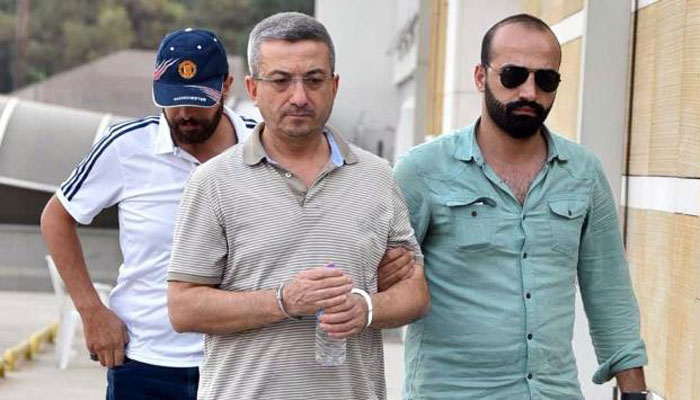 An Antalya court on Wednesday ruled for the release of former Antalya 3rd Infantry Training Brigade Commander Brig. Gen. Mustafa Kaya, who has been in pretrial detention over alleged links to a failed coup last year.

During a hearing at the Antalya 8th High Criminal Court on Wednesday, as part of a trial concerning the failed coup of July 15, 2016, Kaya said he acted on orders from Antalya Governor Münir Karaloğlu on the night of the coup attempt and denied any links to putschist soldiers.

Kaya said he was at the residence of Karaloğlu that night, along with Antalya Gendarmerie Commander Sr. Col. Ahmet Yurdagül and Burdur 58th Infantry Training Regiment Commander Col. Metin Karagöz, who are also in pretrial detention and standing trial in the same court.

While Kaya was released on probation, the court ruled for the continuation of the pretrial detention of Karagöz and Yurdagül.

Karagöz’s name was on a list by putschist military officers who attempted to stage the coup and called themselves the “Council of Peace at Home.”

Yurdagül is accused of using ByLock, a smartphone application that Turkish authorities believe is widely used by followers of the Gülen movement, which is claimed by the Turkish government to have been behind the failed coup.