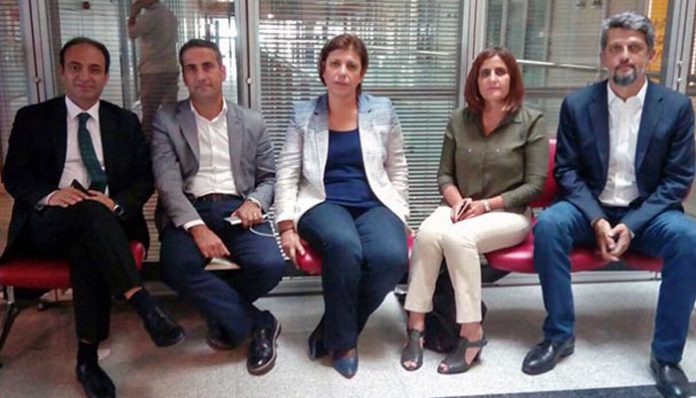 Pro-Kurdish Peoples’ Democratic Party (HDP) deputies who visited Turkey’s Constitutional Court (AYM) early on Tuesday to discuss HDP deputies under arrest refused to leave the premises after no satisfactory explanation was offered by president of the court Zühtü Arslan.

After being denied by officials a meeting with Arslan without an appointment, the deputies refused to leave the building and started a sit-in until they were given a satisfactory explanation from Arslan’s office.

In the meantime, Baydemir told reporters in front of the court that they met with Arslan for over an hour but that their protest would continue as the HDP group did not receive a satisfactory explanation about the arrested HDP deputies.

Baydemir said they would go to AYM again tomorrow to demand an explanation of the cases of the HDP deputies.

Demirtaş was arrested in November 2016 along with several other party deputies including the other co-chairperson, Yüksekdağ, on terror charges.