General first tortured as putschist, then released for resisting coup 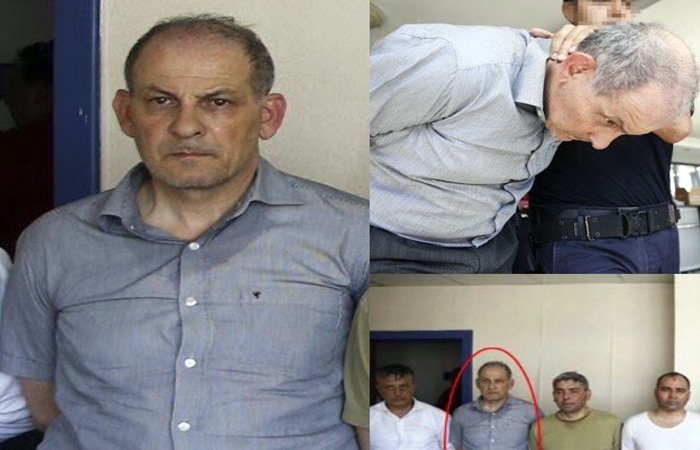 Air Forces Chief of Personnel Maj. Gen. Cevat Yazgılı was first jailed and tortured for allegedly supporting a botched coup attempt on July 15, 2016 and then released when it was discovered that he resisted the putschists on the night of the coup, the tr724 news website reported on Thursday.

According to tr724, Hürriyet daily columnist Sedat Ergin wrote on Wednesday that Air Forces Commander Gen. Abidin Ünal sent the security camera records of military quarters to the prosecutor’s office when he heard that Maj. Gen. Yazgılı had been detained and then released.

Yazgılı was forced to retire after the first Supreme Military Council (YAŞ) meeting on July 28, 2016 following the coup attempt.

Gen. Ünal said in his witness statement that he ordered Yazgılı to go to the Air Forces Operations Center and get control of the situation by breaking down the door and taking the center back from the putschists.

Duty officer Hüseyin Arı, who was on guard at the center that day, said Yazgılı arrived with some specialized sergeants and tried to open the door of the operations center. According to Arı, the sergeants fired at the door since they were unable to open it.

Maj. Mustafa Aydın, who was at the security center, said Yazgılı arrived there and told them: “I talked to the Air Forces commander. The coup attempt is illegal. All of this is happening outside the knowledge of the Air Forces. As the vice chief of staff, I will be in charge. Nothing will be done without my knowledge.”

According to Ergin’s report, it was Yazgılı who turned the putschists over to authorities on July 16, 2016; yet, he was battered together with the putschist generals at the Ankara Police Station’s anti-terror branch, with their photos shared by Turkey’s state-run Anadolu news agency on July 17, 2016.

A total of 486 people accused of taking part in the coup attempt are standing trial. The suspects, who were thought to have received orders from Akıncı Airbase, were allegedly plotting to assassinate Turkish President Recep Tayyip Erdoğan on the night of the coup attempt.

While many questions about who planned the coup attempt remain unanswered, 50,510 people have been arrested, 169,013 have been the subject of legal proceedings on coup charges and more than 150,000 judges, teachers, police and civil servants have been suspended or dismissed since July 15.