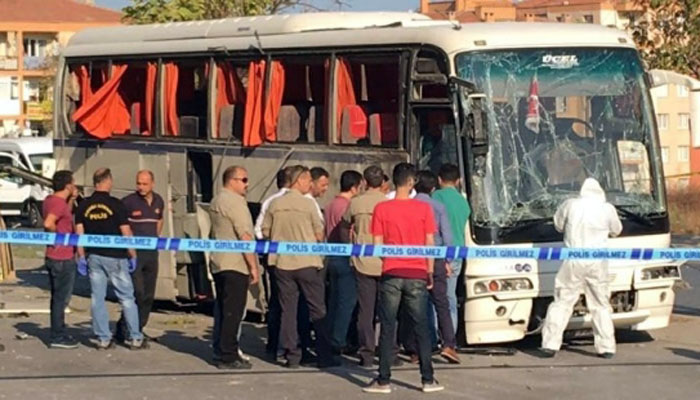 Ten people, nine prison guards and a driver, were injured on Thursday in the western Turkish province of İzmir when an explosive device in a garbage can was detonated as a prison bus passed by.

Levent Priştina, mayor of the Buca district, where the explosion took place, said from his Twitter account that police were investigating the explosion and considered it a terror attack.

According to the T24 website, the İzmir Public Prosecutor’s Office said in a statement that an improvised explosive device was planted in a garbage can and exploded at 8:01 a.m. (5:01 GMT) as a bus carrying prison staff was driving past.

The bus driver and nine people who work at İzmir’s Buca Prison were injured, one of whom is in critical condition.

Turkey has been hit by a string of attacks blamed on the Islamic State in Iraq and the Levant (ISIL) and outlawed Kurdistan Workers’ Party (PKK) militants in the past two years, as the country combats numerous security threats.