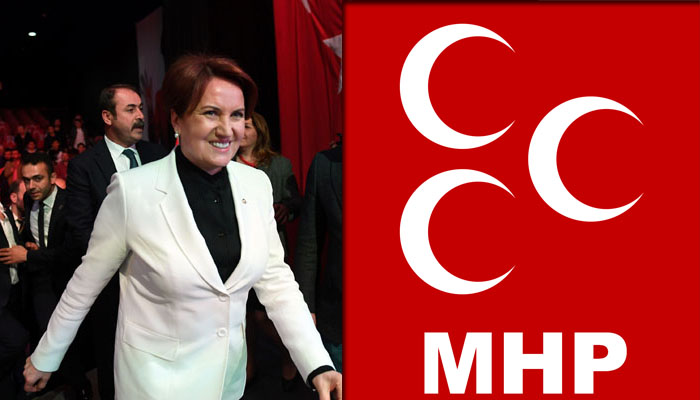 A total of 165 members of the Nationalist Movement Party’s (MHP) Balıkesir provincial branch have resigned to join former MHP deputy Meral Akşener, who was expelled from the party, in her efforts to establish a new political party.

Koray Aydın, who recently resigned from the MHP, announced during an interview with HaberTürk that the new party to be founded by Akşener would most likely be named the “Center Democrat Party.”

MHP district heads and district mayors are among the 165 members who signed letters of resignation.

Arguing that the MHP had lost its political vision, ignored democracy within the party and lost its ability to represent its voters, the MHP members joined 549 others who recently resigned from the party, saying that MHP had abandoned its mission and is guided by the ruling Justice and Development Party (AKP).

Former MHP Çanakkale provincial chairman Rıdvan Uz also recently announced that 216 more MHP members, including the former Lapseki and Gökçeada mayors, had resigned from the party and that they would soon submit their resignations to district election commissions.

Former MHP Isparta deputy Süleyman Nevzat Korkmaz also resigned from the MHP to join Akşener’s efforts to form the new party that will be launched in October.

Korkmaz said he resigned from his party due to differing political views from the MHP administration.

After MHP leader Devlet Bahçeli aligned with the AKP and President Recep Tayyip Erdoğan on several issues, including introducing a presidential system of governance in Turkey following the Nov. 1, 2015 elections, several MHP deputies and political figures either were expelled or resigned from the party due to differences in political views with the party administration.

Former MHP deputy Aydın, who is expected to lead the party with Akşener and Ümit Özdağ, said the party’s executive board will include “Alevis, Sunnis, leftists, rightists, nationalists, conservatives and liberals.”