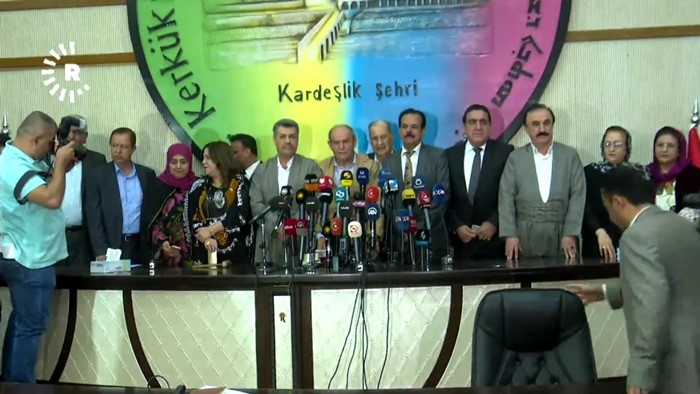 The governorate council of Kirkuk has decided to participate in an independence referendum by Iraq’s the semi-autonomous Kurdistan Regional Government (KRG) on Sept. 25, the Diken news website reported on Tuesday.

According to the report, 21 of 41 governorate council members on Tuesday morning voted “yes” to hold an independence referendum.

IKRG President Massoud Barzani had announced that the vote on whether to secede from Iraq would be held on Sept. 25.

Turkey strongly opposes the KRG referendum decision. Turkish Foreign Minister Mevlüt Çavuşoğlu on Aug. 16 called on the KRG to review its decision, warning that it could trigger a civil war in Iraq.

“Holding an independence referendum in a country that has so many problems may cause the current situation to deteriorate. God forbid, that could lead to a civil war,” said Çavuşoğlu in his statement, reminding that the KRG took the decision despite the fact that Turkey was against it.

Turkey’s National Security Council [MGK] at a meeting on July 17 stated that “the KRG’s referendum decision will not be able to be put into practice either de jure or de facto.”

Chairman of the Nationalist Movement Party (MHP) Devlet Bahçeli on Aug. 24 said an independence referendum in northern Iraq must be seen as a reason for war for Turkey.