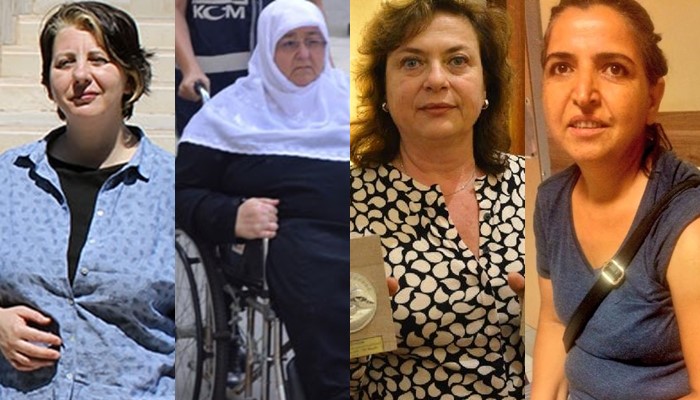 by Melis Ton
Sippenhaft is a term referring to a deplorable practice that belongs to Europe’s Middle Ages. Centuries ago, before Europeans adopted the Roman legal system, family members of a criminal could be held responsible for the crime he committed. In the 20th century the Nazis reinstated Sippenhaft to punish family members of a person who was accused of committing a crime against the state. Hitler did this by issuing decree laws. Nowadays, many people in Turkey are the victims of Sippenhaft as the witch-hunt against dissidents has become state policy under the state of emergency.

In 2013, during the Gezi protests, Berkin Elvan, who was then a 14-year-old teenager, was hit on the head by a tear-gas canister fired by a police officer. He lost his life after spending nine months in a coma. According to his family, Berkin did not even join the protests but was going to buy bread from the grocery. His tragic death, among 11 others, initiated a heated debate about then-Prime Minister Recep Tayyip Erdoğan’s excessive use of police force against the protesters. His parents appeared on many TV shows to share their frustration at losing their young son. Erdoğan did not like their public appearances and targeted the family. He referred to Berkin as a terrorist at a public rally and made the crowds boo his mother, who had earlier said “the killer of my son is Erdoğan.”  According to Erdoğan, Berkin was a terrorist who rebelled against the (Erdoğan’s) state and the responsibility for this belonged to the family. In August 2017 Berkin’s mother was taken into custody during a protest against the detention of hunger strikers Gülmen and Özakça, who were dismissed from their jobs by a decree law. The mother’s arm was reportedly broken by the police during her detention.

Can Dündar, a veteran journalist, was arrested for publishing a report about trucks transporting arms to Syria. The trucks carrying the heavy arms reportedly belonged to the Turkish secret service and the weapons were heading to radical terrorist organizations fighting in Syria. Erdoğan said: “I will not let him go. He will pay a heavy price for this.” After this threat the judiciary took action and arrested Dündar. He stayed in prison for a few months and was released by a Constitutional Court decision. Immediately after his release, Dündar fled Turkey and went to Germany to avoid further persecution. Yet, Erdoğan is a man of his word (!), and he has proven that many times. Although he could not prevent Dündar from fleeing the country, he still had his wife. On Sept. 3, 2016, when his wife, Dilek Dündar, wanted to travel to Germany where her husband was living, airport police would not let her depart the country. She was told that her passport had been cancelled by a decree law dated Aug. 22, 2016. Her lawyers said she was literally taken hostage for the crime that her husband allegedly committed.

Bülent Korucu was a well-known journalist for media organs affiliated with the Gülen community. Since the December 2013 graft investigations and especially after the July 15, 2016 coup attempt, Erdoğan launched a witch-hunt against the community. In addition to the seizure of hundreds of media outlets, private companies, schools and universities, nearly 200 journalists, more than 2,500 judges, thousands of academics and tens of thousands of teachers are in Turkey’s jails for their links to the Gülen community. Korucu had already gone abroad when an arrest warrant was issued for him. Police raided his home and arrested his wife, Hacer, 45, in place of him. His son, Tarık, announced on his Twitter account that his mother was kept in custody for nine days and faced heavy psychological pressure before she was arrested. They were not able to find a lawyer to defend her as the lawyers got arrested, too, in these situations. The prosecutor reportedly said that she would not be released until her husband turns himself in.

Adil Öksüz, who is the prime suspect in the coup attempt, was released by the court after being detained. Kemal Kılıçdaroğlu , the leader of the main opposition party, claimed that Öksüz was used by Turkish intelligence to stage a “controlled coup” in order to create a pretext for the government to launch a witch-hunt against dissidents. Öksüz was to be detained again due to public pressure but couldn’t be found. His mother-in-law and his father-in-law were detained instead. His mother-in-law, Hatice Yıldırım, was  taken to prison in a wheelchair although she was seriously ill and wheelchair bound. No legal justification was presented for the arrest of either of them.

Recent examples of Turkish Sippenhaft are the children of two police officers who were known for their success against radical terrorist organizations. Anadolu Atayün was a police chief who was dismissed from his position after the December 2013 graft Investigations in which Erdoğan himself, his family and members of his cabinet were involved. Atayün was arrested in May 2015. His daughter Yasemin, 17, and his son Harun, 15, were arrested on Aug. 18, 2017 with no legal justification. Another police chief sharing the same destiny, Ali Fuat Yılmazer, was also dismissed from his job and arrested for not being loyal to the government. His daughters Fatma, a lawyer, and Rabia, a trainee solicitor, were arrested three years after their father, again with no legal justification.

Those are only a few drops in the ocean of persecutions in Erdoğan’s country, which is democratically the most advanced (!) country on earth, according to him. There are many others who cannot make their voices heard suffering from Sippenhaft in Turkey’s witch-hunt. It goes without saying that in an atmosphere where Fethullah Gülen is accepted as the failed coup’s mastermind with no concrete evidence — although almost all international observers disagree over his involvement – his relatives including his brothers, nieces and nephews are all in jail now. The prosecutors do not need to present a legal justification or evidence for their arrests as long as they have a blood tie to Gülen. Well, indeed, this is how it works in the most advanced democracies!