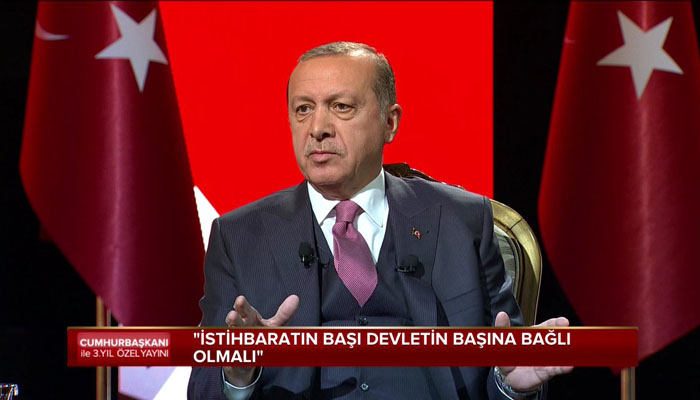 Turkish President Recep Tayyip Erdoğan said on Monday that it is natural for a head of state to receive intelligence directly from the intelligence chief, while commenting on news that the National Intelligence Organization (MİT) had been tied to the presidency by means of a recent government decree.

According to the new decree, published in the Official Gazette on Friday and numbered 694, the National Intelligence Coordinating Committee, which was previously chaired by MİT Undersecretary Hakan Fidan, will be presided over by Erdoğan.