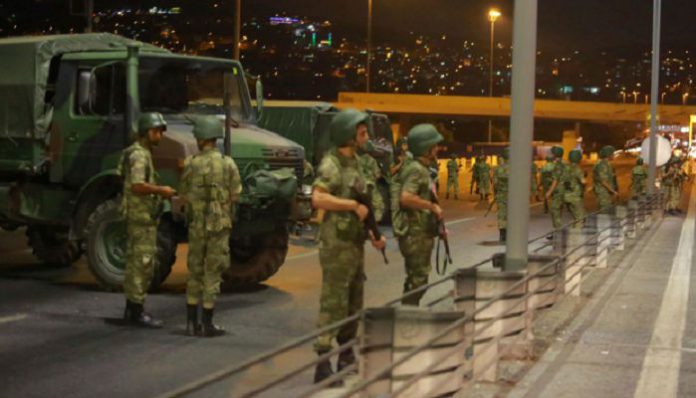 Odatv columnist Barış Terkoğlu suggested on Thursday that Turkish President Tayyip Erdoğan approved a law permitting soldiers to go out in the streets against terrorist attacks on July 13, two days before a botched coup attempt on July 15, 2016.

Referring to the personnel law of the Turkish Armed Forces (TSK) that was published in the Official Gazette one day before the coup attempt, Terkoğlu asked in his column whether this law made it easier to carry out the planned coup attempt.

“One day before the July 15 coup attempt … that is July 14, 2016, the ‘TSK Personnel Law’ was published in the Official Gazette and became law. This is surprising because the 12th article of the law allows soldiers to go out into the streets against terror attacks. While previously governors were authorized to ask for help from military units, this authority was expanded to the Cabinet, that is, to the government. So soldiers around the country are allowed to go out in the streets with the approval of the government,” said Terkoğlu.

Underlining that the putschists on trial are defending themselves by saying, “The commander ordered us, we thought it was terrorism,” Terkoğlu argued the law made it possible even for police forces to be under the control of military forces just one day before the coup attempt, which, he wrote, showed that the coup was legally planned by someone before it happened.

The law made it easier for soldiers to go out into the streets, to enter houses and even to commit crimes when necessary. The only missing thing is the decision of the Cabinet, which proposed this law. That is the only thing that distinguishes the “coup” from a “response against terror,” added Terkoğlu.