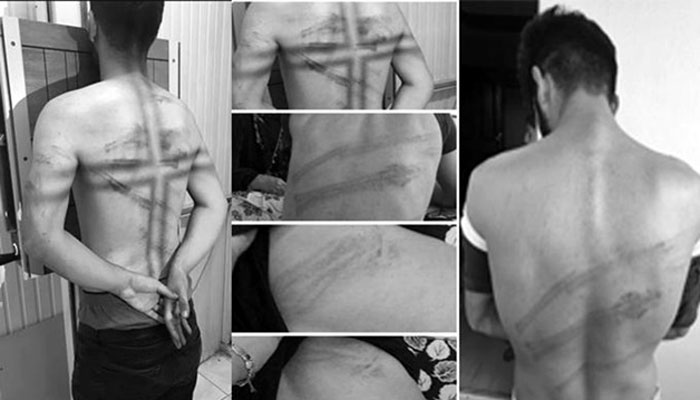 The Hakkari Governor’s Office said on Thursday that a police officer was suspended as part of an investigation into an incident of villagers allegedly tortured by police in the Şemdinli district of the province.

According to the Habertürk daily, the governor’s office said a police officer was suspended over a “strong suspicion” of his involvement in torturing the villagers after victims filed complaints with the Şemdinli Public Prosecutor’s Office.

The Hakkari Governor’s Office also rejected claims in the national media that police officers tortured several villagers in Şemdinli but added that “necessary steps will be taken against the security personnel if any evidence of their involvement in torture is found.”

Early on Thursday, Turkey’s General Directorate of Security denied torturing 36 villagers who were detained on July 5 as part of an operation by Turkish security forces against Kurdistan Workers’ Party (PKK) terrorists in a village in Hakkari’s Şemdinli district. Inspectors are still investigating the case.

The villagers were taken into custody after the operation on Sunday in the village of Altınsu in Şemdinli over their alleged links to the PKK. Twenty of the villagers were released on Monday morning, while 16 are still in custody at the district police department.

The Dihaber news agency, which published pictures of the villagers, claimed they were tortured while in custody. The report said more than 100 people, including women and children, were gathered and beaten in a square after their houses were raided and doors were broken at night.