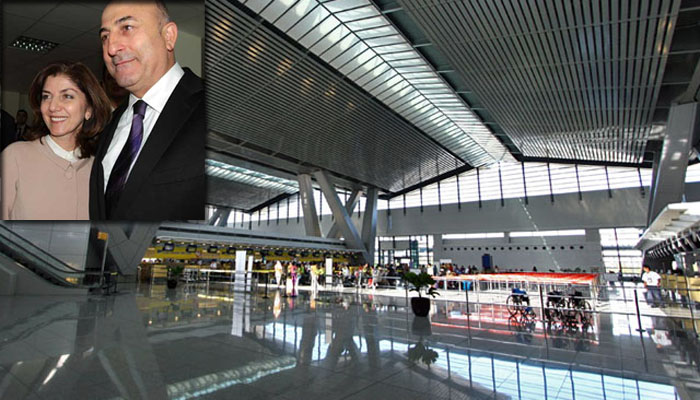 Four baggage loaders were arrested at Ninoy Aquino International Airport (NAIA) on Thursday for stealing jewelry from the luggage of Turkish Foreign Minister Mevlüt Çavuşoğlu’s wife when they were in Manila to attend an Association of Southeast Asian Nations (ASEAN) meeting last week.

According to The Philippine Star daily, Manila International Airport Authority (MIAA) general manager Ed Monreal said on Thursday that MIAA officials inspected the lockers of the baggage loaders and found the jewelry box in the possession of one of the suspects.

Ten pieces of jewelry, including three sets of pearl earrings, a gold bracelet with diamonds and three rings — one with diamonds – and another ring with pearls were stolen from Hülya Çavuşoğlu’s luggage, during the couple’s return trip from Manila’s NAIA Terminal 1, last Friday.

After discovering when back in Turkey that her jewelry missing, Hülya Çavusoğlu informed the Turkish Embassy in Manila about the incident, prompting airport authorities to conduct a probe into the pilferage incident.