AKP deputy: Erdoğan is the last of the Mohicans 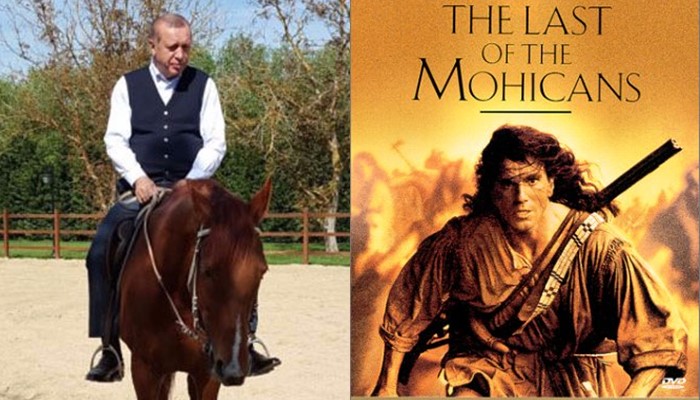 In the midst of a debate over remarks made by a senior ruling Justice and Development Party (AKP) member claiming that President Recep Tayyip Erdoğan had founded a new state, AKP deputy Selçuk Özdağ on Sunday said, “Erdoğan is the last of the Mohicans.”

“Now we are founding a new state. Like it or not, the founding leader of this new state is Tayyip Erdoğan,” said Ayhan Oğan, a former member of the Central Decision and Administration Board (MKYK) of the AKP, during a program aired by CNN Türk on Thursday evening.

Criticizing Oğan’s statement, Özdağ, in a meeting in Manisa province, said: “The statement that ‘we are founding a new state’ is not correct. I can understand when it is said that we changing the system.”

“Our regime is a republic, the name of our state is the Republic of Turkey. Its founder was Mustafa Kemal Atatürk. The greatest leader of 95 years of politics after Mustafa Kemal Atatürk is our president, Recep Tayyip Erdoğan. In my opinion, [Erdoğan] is the last of the Mohicans,” added Şahin.

Main opposition Republican People’s Party (CHP) deputy Aytuğ Atıcı came out against Oğan’s statement, as other participants of the TV program asked when the AKP had destroyed the Republic of Turkey, which was founded by Atatürk.

On Sunday Prime Minister Binali Yıldırım also reacted adversely to Oğan’s remarks, in a speech in Sivas province: “Are you joking? The state known as the Turkish Republic was founded on Oct. 29, 1923.”

He added that “what is said on TV programs and by TV commentators is not binding on the AKP.” Debates over the regime in Turkey have been on the agenda since constitutional amendments bringing an executive presidency were approved in a referendum on April 16.

A ruling AKP deputy, Metin Külünk, said on Jan. 13 that the switch in Turkey to a presidential system would disable the “bureaucratic oligarchy” in the country and take revenge for the last 200 years.

Claiming the Republic of Turkey had come to an end, another AKP deputy, Tülay Babuşçu, said in 2015 that the” 90-year-long commercial break of a 600-year-old empire is now over.”