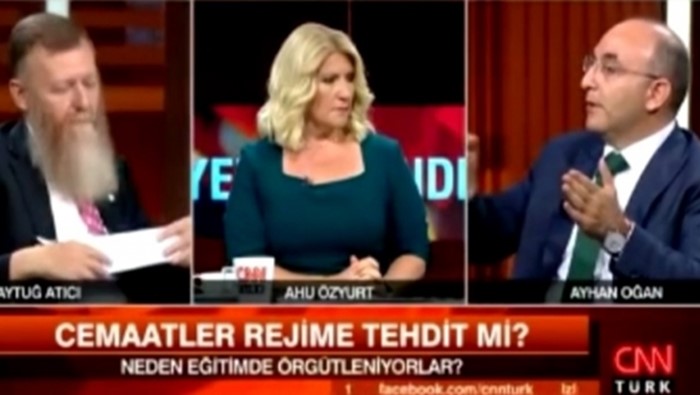 A Republican People’s Party (CHP) deputy has filed a legal complaint against a member of the Central Decision and Administration Board (MKYK) of the ruling Justice and Development Party (AKP) who said that a new state has been founded in Turkey by President Recep Tayyip Erdoğan.

Main opposition deputy Ali Şeker on Friday filed a complaint against AKP member Ayhan Oğan, claiming that his statements were unconstitutional. Şeker said it had been difficult for him to file the complaint due to resistance encountered at the İstanbul Public Prosecutor’s Office. The opposition deputy said the remarks on live TV amounted to a confession of the destruction of Turkey’s constitutional order.

“Now we are founding a new state. Like it or not, the founding leader of this new state is Tayyip Erdoğan,” said Oğan during a program aired by CNN Türk on Thursday evening.

CHP deputy Aytuğ Atıcı reacted adversely to the statement, while other guests on the TV program asked when the AKP had destroyed the Republic of Turkey, which was founded by Atatürk.

Debates over the regime in Turkey have been on the agenda since constitutional amendments bringing an executive presidency were approved in a referendum on April 16.

A ruling AKP deputy, Metin Külünk, said on Jan. 13 that the switch in Turkey to a presidential system would disable the “bureaucratic oligarchy” in the country and take revenge for the last 200 years.

Claiming the Republic of Turkey had come to an end, another AKP deputy, Tülay Babuşçu, said in 2015 that the” 90-year-long commercial break of a 600-year-old empire is now over.”