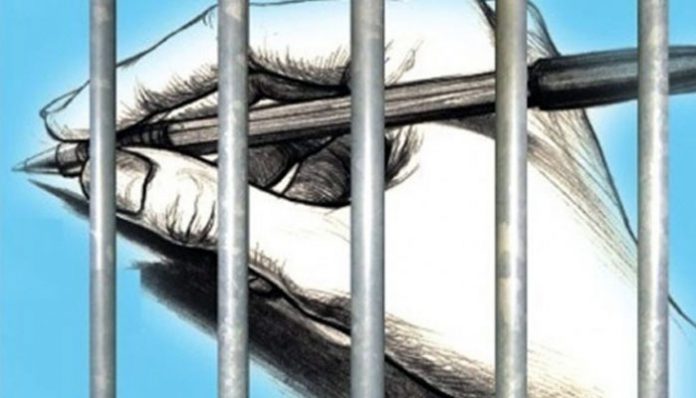 Turkey’s Contemporary Journalists’ Association (ÇGD) President Tevfik Kızgınkaya said on Saturday that more than 900 press cards were cancelled and 151 are now in jail as part of a media crackdown following a failed coup in July 2016.

Speaking with dokuz8 website on Saturday, Kızgınkaya said “the media crackdown in Turkey is just reminiscent to stock market that we have to calculate [number] of jailed journalists.”

Underlining that there is a continuous crackdown on media freedom in Turkey by the ruling Justice and Development Party (AKP) government, Kızgınkaya added “we wake up to new arrest of journalists every morning.”

Turkey is ranked 155th out of 180 countries in Reporters Without Borders (RSF) 2017 World Press Freedom Index. The situation of its media in Turkey has become critical under the state of emergency proclaimed after a July 2016 coup attempt.

According to Turkey Purge website, based on information compiled from PEN International, Platform for Independent Journalism (P24), Stockholm Center for Freedom (SCF), Journalists’ Union of Turkey (TGS) and Progressive Journalists Association (ÇGD), 274 journalists were jailed in Turkey following the failed coup last year. While some 160 of them are still kept under arrest, remaining released pending trial or cleared of charges.