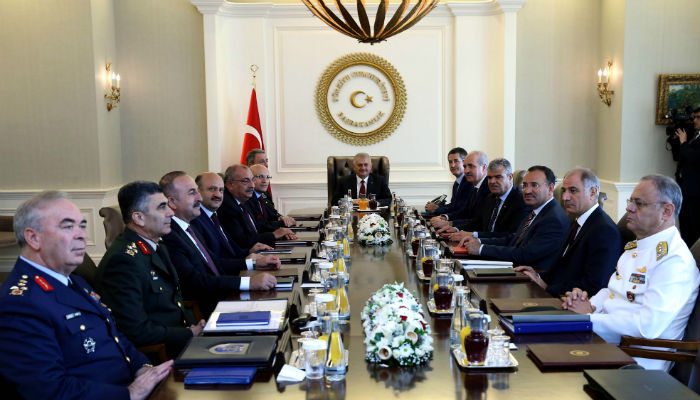 During the one-day-long “highly confidential” YAŞ meeting, appointments and promotions of military officers in the Turkish Armed Forces (TSK) will be discussed.

The YAŞ meeting held on Aug. 23, 2016, again chaired by Yıldırım, sent as many as 586 colonels into forced retirement, an enormous number that many viewed as a purge. Out of the 586 high-ranking officers who were forced to retire, 470 were from the land forces, 71 from the naval forces and 45 from the air forces.

The meeting was held in the aftermath of a failed coup attempt on July 15, 2016 that claimed the lives of 249 people and wounded a thousand others when a junta within TSK attempted to overthrow the Justice and Development Party (AKP) government.

The AKP government and President Recep Tayyip Erdoğan have designated the faith-based Gülen movement, which runs charities, schools and businesses around the world, as a terrorist organization and has launched a widespread crackdown on suspected members since the failed coup attempt. The government accuses the movement of masterminding the coup attempt, although the movement denies any involvement.

Turkey’s Justice Ministry announced on July 13 that 50,510 people have been arrested and 169,013 have been the subject of legal proceedings on coup charges since the failed coup. Arrestees include military members, journalists, judges, prosecutors, police and military officers, academics and governors.