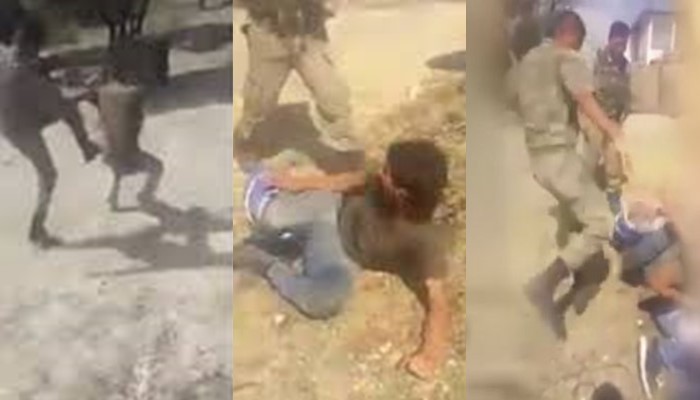 A Turkish court has arrested three of four soldiers who were detained after beating young Syrian refugees illegally crossing the border to Turkey, in the Altınözü district of Hatay province, the Diken news website reported on Monday.

According to the report, one of the detained soldiers was released.

The video taken by a Turkish soldier who also beat young Syrians ends with a soldier saying: “We will indeed see you at the outpost,” a clear threat that they will treat them worse at a military post.

Young Syrians are seen collecting cigarette butts on the ground, a punishment usually reserved for Turkish soldiers, while being beaten by the soldiers.

The Turkish military on Sunday afternoon said the soldiers had been detained and that an investigation had been launched into them due to “unacceptable behavior,” confirming the video.

According to the statement the young Syrians were detained as they were trying to enter Turkey illegally at 11:00 on July 28, and were afterwards deported.