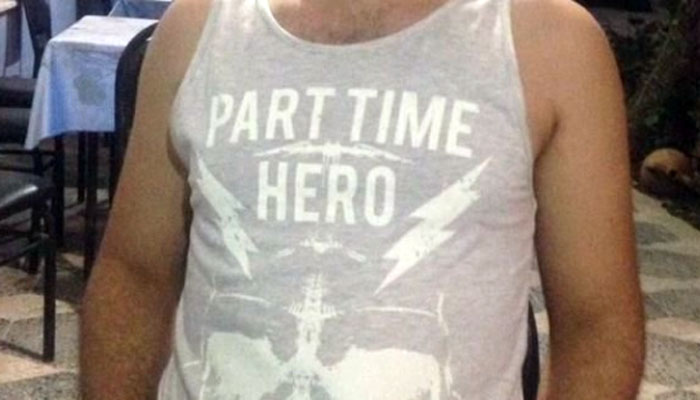 A university student in the Lapseki district of Çanakkale province was released on Sunday after a brief detention for wearing a T-shirt bearing the words “Part-time hero” amid a series of detentions across Turkey of people wearing “hero” T-shirts.

According to a story on the T24 website, U.A., who went to the village of Şevketiye to work, was detained and was taken to the Lapseki Public Prosecutor’s Office for wearing the T-shirt. U.A. was ultimately released after testifying to a prosecutor.

More than a dozen people have been detained, with some of them arrested by the court, for wearing the T-shirts since July 13.