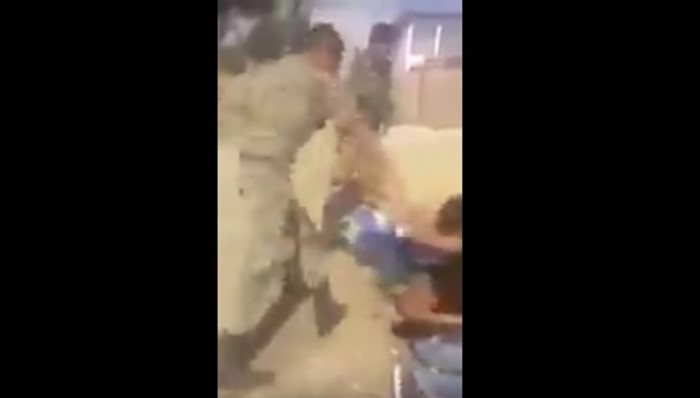 A video released on social media shows Turkish soldiers beating a group of young Syrian refugees who were caught trying to enter Turkey.

The undated video taken by a Turkish soldier who also beat young Syrians ends with a soldier saying: “We will indeed see you at the outpost,” a clear threat that they will treat them worse at a military outpost.

Young Syrians are seen collecting cigarette butts on the ground, a punishment usually reserved for Turkish soldiers, while being beaten by the soldiers.

@MuratzenciTR, who shared the video on Twitter, said: “When you watch this without sound, you would think that [Bashar Al] Assad’s soldiers are torturing the Syrians. It is a shock when you watch it with sound…”

The soldiers have been detained and an investigation launched into them due to “unacceptable behavior,” said the Turkish military in a written statement on Sunday afternoon, confirming the video.

According to the statement the young Syrians were detained as they were trying to enter Turkey illegally at 11:00 on July 28, and were afterwards deported.