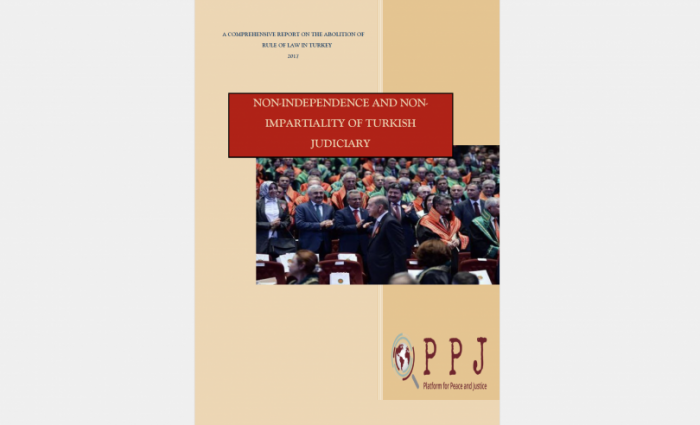 A platform established by rights defenders of victims of a massive purge that has been ongoing in Turkey since a failed coup on July 15, 2016 stated in a detailed report that there is no “court” in the country within the context of the European Court of Human Rights (ECtHR).

The Platform for Peace and Justice (PPJ) released a 53-page report on Friday listing several examples of the non-independence of the judiciary in Turkey. The human rights lawyers and activists defending the rights of the persecuted in Turkey concluded in the report that there is “not a single independent and impartial body” in the Turkish judiciary.

The report directed attention to the fact that there is no effective domestic remedy to be exhausted in Turkey as part of civil rights violations that have been prevalent especially since July 15 of last year.

The PPJ also called on the ECtHR to take the findings in its report into account in its verdicts regarding the tens of thousands of violations of human rights in Turkey. The report states that even the Constitutional Court in Turkey has become ineffective in the post-July 15 failed coup era.

As part of the purge, over 150,000 people, including thousands of judges and prosecutors, have been dismissed from government positions while over 50,000 have been under pretrial detention on coup charges.

The swift purges have been made possible by decrees issued under the emergency rule (OHAL) that was introduced shortly after the failed coup attempt last year.

The full report in English can be found under this link.