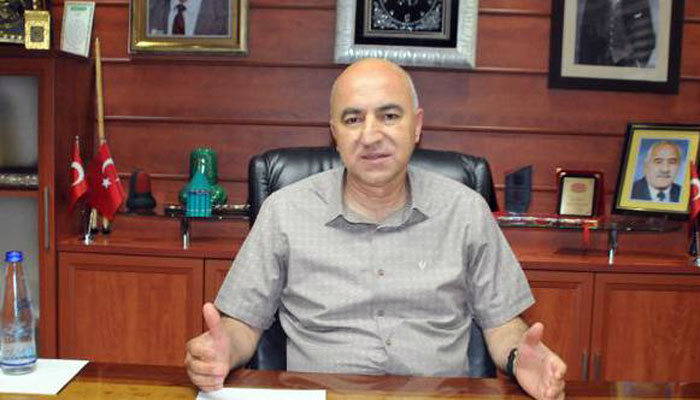 Konya Chamber of Real Estate Agents President Sedat Altınay said on Wednesday that real estate agents should have a system to prevent people with links to the faith-based Gülen movement from renting houses.

Speaking with the Doğan news agency, Altınay said real estate agents should have a system similar to that of hotels which can identify people who have links to “terrorist organizations.”

Altınay said he has warned members of the chamber to be careful when renting houses to people who might be wanted by the police due to their links to the movement, which is accused by Turkish authorities of masterminding a failed coup last year.

“Our members first demand the necessary documents from tenant candidates. They inform police if they find something suspicious about them,” he said.

Altınay also said the Interior Ministry fines real estate agents up to TL 5,000 if they fail to inform security agencies about the identity of people who rent rooms on a daily, weekly or monthly basis.

“If they [real estate agencies] continue to fail to [inform the police] and rent houses to FETÖ members, the fine will exceed TL 10,000, and they may even be prosecuted on terror charges,” he said.

“FETÖ,” or the Fetullahist Terrorist Organization, is a derogatory term coined by President Recep Tayyip Erdoğan and the ruling Justice and Development Party (AKP) to refer to the faith-based Gülen movement, a global civil society movement inspired by the views of US-based Turkish Islamic scholar Fethullah Gülen.

Although the Gülen and the movement strongly deny having any role in the putsch, the government accuses it of having masterminded it. Gülen called for an international investigation into the coup attempt, but President Erdoğan — calling the coup attempt “a gift from God” — and the government initiated a widespread witch-hunt aimed at cleansing sympathizers of the movement from within state institutions, dehumanizing its popular figures and putting them in custody.

According to a tally by TurkeyPurge.com, as of July 26, more than 145,000 people sacked from state jobs, over 122,000 detained and nearly 57,000 people arrested over their links with Gülen movement since the failed coup.