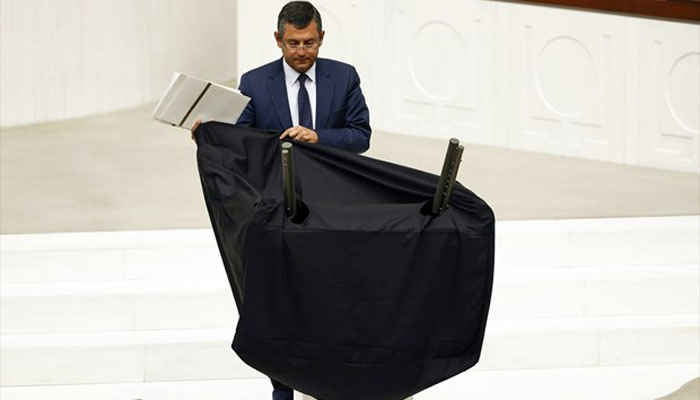 Main opposition Republican People’s Party (CHP) parliamentary group deputy chairman Özgür Özel covered the podium in Parliament with a black cloth before addressing the general assembly on Tuesday in order to protest new bylaws, claiming they would restrict opposition in the legislature.

CHP Manisa deputy Özel brought a black cloth and draped it over the podium, which is a symbolic platform for all deputies in Parliament to speak freely.

“We always come to this podium with excitement when we’re first elected. And we also take the oath of office at this podium. However, today I can only bring a black cloth to this podium to protest,” he said.

The new bylaws have been the subject of criticism by the opposition for restricting the time allotted to opposition deputies in Parliament and limiting opposition against the ruling party.