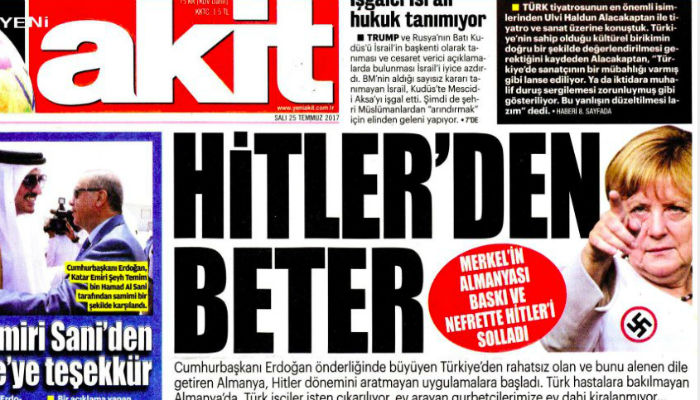 In its lead story on Tuesday, Yeni Akit headlined its story “Worse than Hitler” accompanied by a photo of Merkel.

The daily claimed that Germany, uncomfortable about a developing Turkey under the rule of President Recep Tayyip Erdoğan, has begun to employ methods similar to those used during the Nazi era.

Yeni Akit claimed that Turkish citizens in Germany are denied medical care, Turkish workers are fired from their jobs and Turks are not even allowed to rent apartments.

Turkish President Erdoğan is believed to be detaining German nationals to force the deportation of Turkish asylum seekers, who Turkish Erdoğan accuses of having mounted a botched coup attempt on July 15, 2016, from Germany.