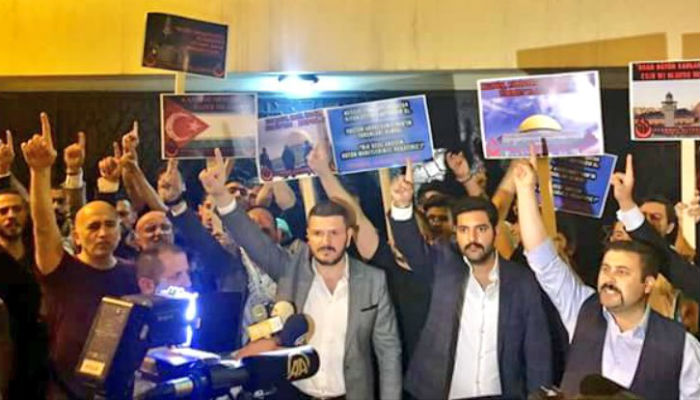 A group of ultranationalists affiliated with the Alperen Hearths, an offshoot of the Turkish nationalist movement called the Grey Wolves (Ülkü Ocakları), gathered in front of the Neve Shalom synagogue in İstanbul on Thursday night and kicked the synagogue’s gates while throwing stones in protest of Israel’s security measures at the Temple Mount in Jerusalem.

The Israeli government installed some metal detectors at the holly compound after assailants killed two Israeli police officers last weekend. The Muslim religious body that has authority over the site announced that the metal detectors are an attempt to change the status quo and called on worshipers not to enter the site. Since then, violent clashes between Israeli soldiers and Muslim protestors have been going on at the compound.

The nationalist group said in a statement read outside the Neve Shalom synagogue that Israel was a “terror state” seeking to block freedom for worship to Muslims.