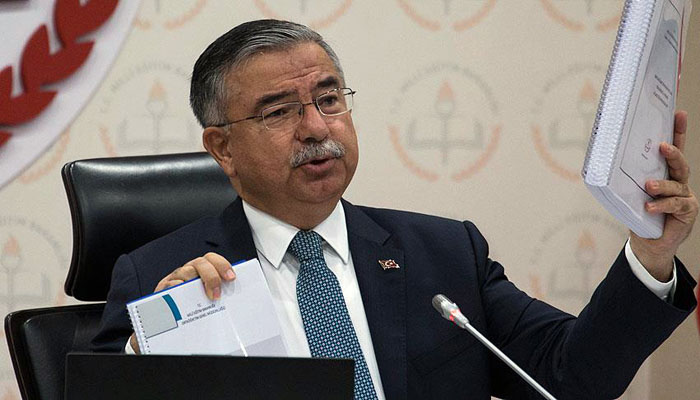 Turkish Education Minister İsmet Yılmaz has said a new national school curriculum will exclude evolution theory but will include the concept of jihad, or holy war, as part of Islamic law in textbooks.

Speaking during a press conference to introduce the new school curriculum in Ankara on Tuesday, Yılmaz said: “Jihad is an element in our religion; it is in our religion… The duty of the Education Ministry is to teach every deserving concept correctly. It is also our job to correct things that are wrongly perceived, seen or taught.”

In reference to the removal of evolution theory from the new curriculum, Yılmaz said it was not included “because it is above the students’ level and not directly relevant.”

Yılmaz also said last year’s failed coup attempt would be touched on in classes while the national struggle, led by modern Turkey’s founder Mustafa Kemal Atatürk, was being discussed.

He added that students will be taught about terrorist groups such as the “Fethullahist Terrorist Organization” (FETÖ), the Kurdistan Workers’ Party (PKK) and the Islamic State in Iraq and the Levant (ISIL).

“FETÖ” is a term used by government circles to refer to the faith-based Gülen movement, a civil society movement inspired by the views of US-based Turkish Islamic scholar Fethullah Gülen, who is accused by Turkish authorities of masterminding the failed coup last year.

A widespread witch-hunt against Gülen followers was launched by the ruling Justice and Development Party (AKP) and President Recep Tayyip Erdoğan, despite Gülen having denied any involvement in the putsch, proposing the establishment of an international commission to investigate the coup attempt.