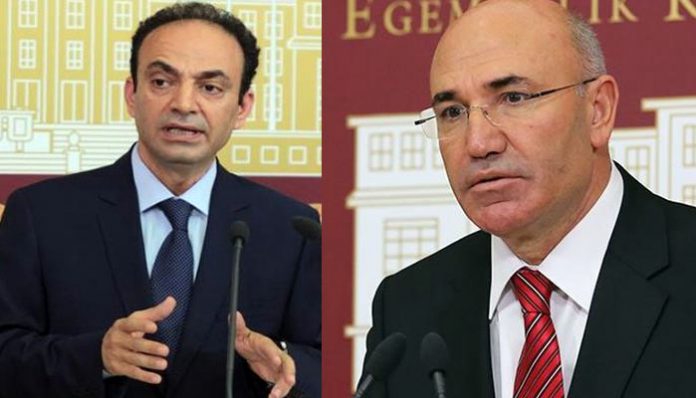 Dossiers for 29 more opposition deputies from the pro-Kurdish Peoples’ Democratic Party (HDP) and the Republican People’s Party (CHP) have been submitted to a commission in the Turkish Parliament to discuss whether their immunity from prosecution should be removed or not.

According to a state-run Anadolu news agency story on Sunday, the Constitution and Justice Joint Commission will discuss the removal of immunity for 29 more deputies, including 22 from the HDP and seven from the main opposition CHP.

Currently, 11 HDP deputies are in jail on charges of terrorist links.

The immunity of all deputies who face investigations was lifted in May 2016.

Most recently CHP deputy Enis Berberoğlu in June was sentenced to 25 years in prison for leaking information for a report on National Intelligence Organization (MİT) trucks transporting weapons to jihadists in Syria.

The arrest of Berberoğlu, who would normally enjoy parliamentary immunity, was possible because the CHP and Nationalist Movement Party (MHP) had lent support to a proposal submitted by the ruling Justice and Development Party (AKP) on removing deputies’ immunity from prosecution last year.