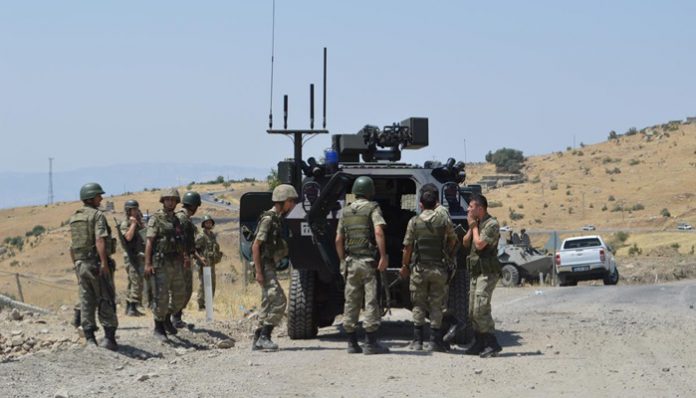 Seventeen soldiers were injured when terrorist Kurdistan Workers’ Party (PKK) militants detonated a bomb as a military vehicle was passing by in the Yüksekova district of Hakkari province on Monday, Turkey’s General Staff has announced.

The General Staff said four of the soldiers were in critical condition, adding that a manhunt had been launched to capture the PKK terrorists who fled the area.