Need to make an emergency call? Listen to Erdoğan first 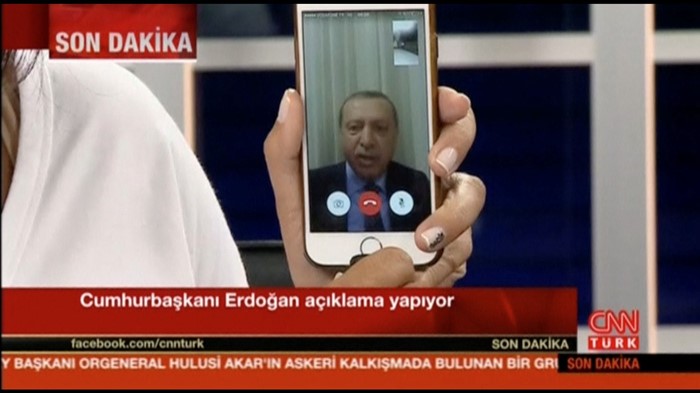 Turkish GSM operators on Saturday played a 15-second message from President Recep Tayyip Erdoğan for the anniversary of a failed coup attempt on July 15, 2016, before any calls could commence, including emergency calls, the Cumhuriyet daily reported.

Turkcell and Vodafone operators’ pre-empting of all calls, which started at 00:01 on Sunday, attracted reactions on social media.

The message was reported to have been orchestrated by the Turkish Telecommunications Authority (BTK).

“All of our people are hearing the July 15 Democracy and National Unity Day messages of our President Recep Tayyip Erdoğan when they make a call,” said BTK Chairman Ömer Fatih Sayan in a tweet.

“Enough is enough… He confronts you even on the phone… After all those insults [Erdoğan had targeted main opposition Republican People’s Party (CHP) leader Kemal Kılıçdaroğlu], this is what… Like a nightmare..” said CHP deputy Aykut Erdoğdu in a twitter message posted as a reaction to the GSM operators’ Erdoğan actions.

On Saturday, as part of anniversary activities observing the failed coup attempt, loudspeakers broadcast Salah prayers from 90,000 mosques across Turkey just as they did during the coup attempt last year.