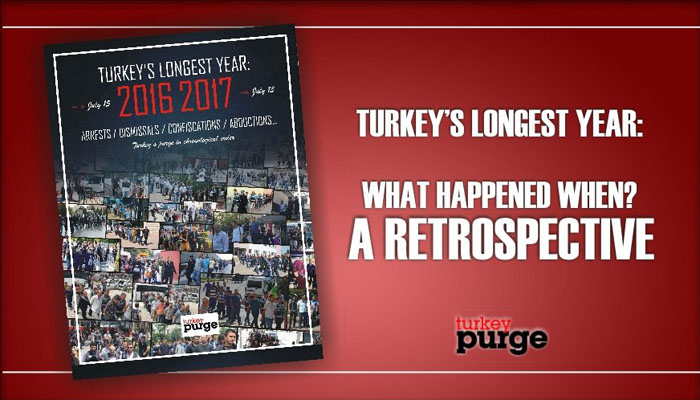 A report by TurkeyPurge.com on Saturday showed that more than 146,000 people lost their jobs, some 169,013 faced legal proceedings that left over 125,000 detained and 55,000 in pre-trial arrest and that at least 520 children are accompanying their parents in jail, as part of a government crackdown following a failed coup attempt in July 2016.

The report also said at least 2,099 schools, dormitories and universities were shut down, while 8,427 academics were left unemployed and 66,000 university students were left to look for somewhere else to continue their education.

“A total of 1,125 associations, 560 foundations, 54 hospitals and 19 trade unions were also shuttered. 965 companies with a total value of $11.32 billion in assets were confiscated and 4,521 judges and prosecutors lost their jobs. Meanwhile, more than 150 media outlets were shuttered and at least 269 journalists were arrested. Established with the aim of reporting on rights violations in the aftermath of the failed coup, Turkey Purge has now released a retrospective to help its readers better understand the post-coup period on its first anniversary,” TurkeyPurge.com said.

In the meantime, around 50,000 citizens had their passports revoked by the government.

While Amnesty International and Human Rights Watch reported torture and maltreatment against those imprisoned, forced disappearances have become a common occurrence as well. Many from within and outside Turkey have been abducted by unidentified men.

Turkey survived a violent coup attempt against the ruling Justice and Development Party (AKP) government and President Recep Tayyip Erdoğan on July 15, 2016 when 249 people were killed during clashes. The government accuses the Gülen movement, inspired by US-based Turkish cleric Fethullah Gülen, of masterminding the attempt, although Gülen and the movement deny any involvement. The ensuing anti-coup fight, however, has already gone beyond punishing those involved, resulting in an across-the-board crackdown against dissidents of all kinds in Turkey.