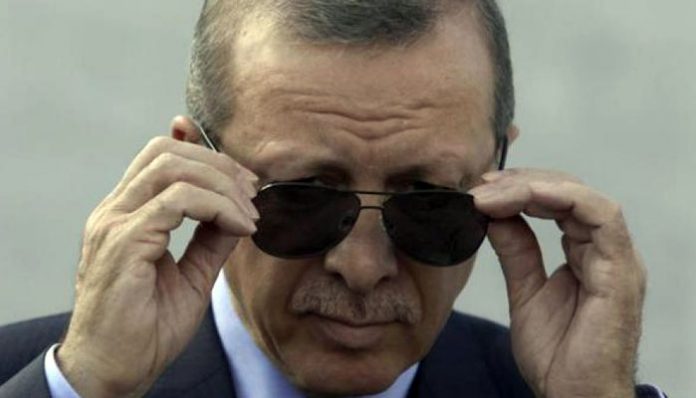 The Evrensel newspaper’s editor-in-chief, Fatih Polat, said on Thursday he is under investigation on allegations of insulting Turkish President Recep Tayyip Erdoğan in one of his articles in which he included quotes from British journalist Craig Shaw on alleged Erdoğan family corruption.

According to a tweet by Polat on Thursday, Polat is being investigated for a May 28 article in which he reported on a story by Shaw about secret offshore agreements of Erdoğan’s family that were leaked in the Malta files.

In a May 26 story on theblacksea.eu, Shaw claimed the Malta Files had exposed a multi-million dollar oil tanker deal between Erdoğan’s family, Turkish businessman Sıtkı Ayan and an Azeri-Turkish billionaire named Mübariz Mansimov, owner of İstanbul-headquartered shipping conglomerate the Palmali Group with links to Donald Trump.

An investigation into the family enterprise of Prime Minister Binali Yıldırım, part of the European Investigative Collaborations’ (EIC) #MaltaFiles, reveals that the family currently sits on shipping and related assets of well over 100 million euros.

According to reports by the theblacksea.eu and mediapart.fr news websites, Yıldırım’s family enterprise consists of 11 foreign-flagged ships nested in a network of secretive companies in Malta, the Netherlands and the Netherlands Antilles — specifically now Curaçao, with more suspected in the Marshall Islands and Panama.

At least four of the ships are financed with huge loans from Swiss and Turkish banks, including one part-owned by the Turkish state.

While some of the activities, especially in tax havens, remain opaque, The Black Sea website discovered that Yıldırım’s son, daughter, uncle and nephews have purchased seven properties in the Netherlands, worth over $2.5 million – all of which were paid for in cash.

The investigation also uncovered how the Yıldırıms used one of these Dutch companies to anonymously donate 600,000 euros (TL 1.75 million) to the municipality of Pendik, near İstanbul, for a lavish new mosque.