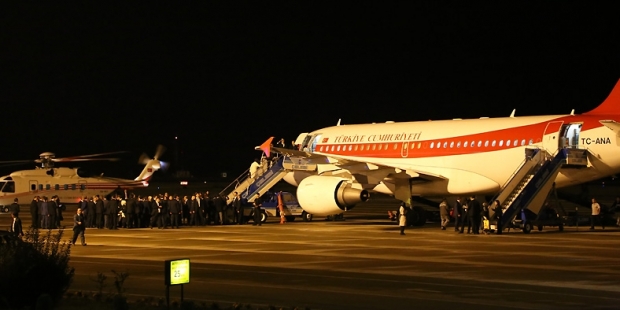 Barış Yurtseven, the pilot of the plane that brought Turkish President Recep Tayyip Erdoğan from Dalaman to İstanbul on the night of a failed military coup attempt last July, was fired from Turkish Airlines (THY) in February over alleged links to the faith-based Gülen movement, accused by the government of masterminding the putsch. the Doğan news agency reported on Thursday.

According to Doğan, Yurtseven’s dismissal from THY came to light when he recently applied for a job at another airline.

Yurtseven had been unable to pass a security check carried out by THY because he deposited money in Bank Asya, which was confiscated by the Turkish government due to its links to the Gülen movement following the coup attempt and because he left the transponder on, allowing the plane carrying Erdoğan to be tracked online on the night of the coup attempt.

Transponders, radio transmitters used to identify and locate aircraft, are normally supposed to be on, but they were required to be turned off out of security concerns during the coup attempt.

Pilot Yurtseven, who worked for THY for 20 years, said he deposited money in Bank Asya to pay for his child’s tuition and that he had no affiliation with the Gülen movement.

While no links between Yurtseven and the movement were discovered, he was fired from his job in February.

According to an earlier report in the Posta daily, Erdoğan asked the two pilots in the plane before takeoff whether they were on his side. The pilots were reported to have said: “We are on your side till the end. We will do whatever is necessary to take you and your family to your destination. We will die together if necessary.”

The military coup attempt on July 15 killed over 240 people. Immediately after the putsch, the Justice and Development Party (AKP) government along with Erdoğan pinned the blame on the Gülen movement.

According to a statement from Turkey’s Justice Ministry on July 13, a total of 50,510 people have been arrested while 169,013 others have been the subject of legal proceedings since the failed coup attempt in Turkey on July 15, 2016 on coup charges.