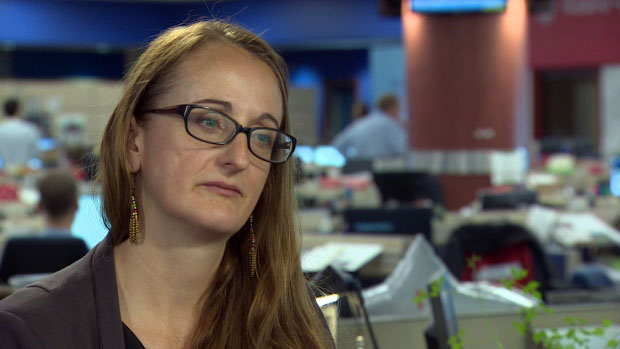 Turkey’s post-coup witch-hunt against followers of the faith-based Gülen movement is tantamount to genocide, Renee Vaugeois, a Canadian human rights specialist, said in a recent interview.

“This a targeted war on a specific group of people in Turkey and to me that speaks to genocide,” Vaugeois, the executive director of the Edmonton-based John Humphrey Centre for Peace & Human Rights, told the state-run CBC news on Monday.

“We need to support those that are putting themselves in danger to try and figure out how to save their families,” she said.

According to CBC news, Vaugeois has recently sent a letter to Canada’s immigration minister, Ahmed Hussen, urging him to expedite the approval of the permanent residency of a Turkish citizen who fled the witch-hunt in Turkey in the aftermath of a July 15, 2016 coup attempt.

Turkish government accuses the Gülen movement of masterminding the putsch, although the latter denies any involvement. The government has already detained more than 120,000 people over links to the movement, with many human rights groups reported torture and maltreatment of those detainees.

Meanwhile, President Recep Tayyip Erdoğan has tried to mobilize Turkish citizens to report Gülen followers to the police. Erdoğan said in a speech last month that if people affiliated with Turkey’s Gülen group are released from prison after completing their prison terms, the Turkish public would “punish them in the streets.”

On some occasions pro-government shopkeepers across Turkey have hung banners on their premises that read: “Gülen sympathizers not allowed inside.” (Turkey Purge)